After delays, legal fights, employee protests, and an intervention by President Trump, the US Department of Defense has awarded the long-discussed JEDI cloud contract.

Microsoft will provide its services for the Joint Enterprise Defense Infrastructure cloud in a deal that could last 10 years and be worth as much as $10bn.

"This contract will address critical and urgent unmet warfighter requirements for modern cloud infrastructure at all three classification levels delivered out to the tactical edge," the Department of Defense said in a statement.

JEDI starts with a base contract of $1m over two years, although in that timeframe the DoD expects to spend $210m. Then there will be a review, followed by further larger expenditures over the remaining eight years.

"The DoD will rigorously review contract performance prior to the exercise of any options," the Department said.

While the DoD was keen to highlight that there will be other cloud contracts, and that it has spent $11bn on other cloud deals in the past two years, JEDI is expected to form the backbone of the military's computing needs.

In its cloud strategy document, published earlier this year, the DoD said: "The primary implementation bias for DoD will be to utilize [JEDI] General Purpose cloud computing. Only when mission needs cannot be supported by General Purpose will Fit For Purpose alternatives be explored."

Not an easy road

With the size of the contract, and its importance to the Pentagon's military plans, the journey to this announcement has been long and winding.

After the initial RFI was released nearly two years ago, JEDI was almost immediately hit with complaints by companies including Oracle, IBM, and even Microsoft, that all said it should not be a single-award contract and, instead, a series of smaller contracts.

The other concern was that, at the time of the RFI, only one cloud provider met all the necessary requirements to bid for the contract: Amazon Web Services. During the following two years, Microsoft was able to meet the requirements.

Oracle alleged foul play, launching a series of legal challenges - that were all ultimately dismissed, but slowed the process - and a highly successful lobbying campaign. The company pushed money into think-tanks that disputed the need for a single-award contract, and created a document alleging Amazon influenced JEDI's requirements. That document somehow ended up on President Trump's desk.

With the President already known to be negatively inclined towards Amazon CEO Jeff Bezos - due to his ownership of The Washington Post - and with the frequent Fox News-watching world leader tuning into segments about possible JEDI corruption by Amazon, there were several rumors throughout the year that he would intervene to stop AWS winning JEDI.

In the upcoming book Holding The Line: Inside Trump's Pentagon with Secretary Mattis, author Guy Snodgrass claimed that Trump called Mattis in the summer of 2018 and directed him to "screw Amazon" out of a chance to bid on JEDI, Task & Purpose reports.

Snodgrass, Mattis' chief speechwriter and communications director, claims: "Relaying the story to us during Small Group, Mattis said, 'We're not going to do that. This will be done by the book, both legally and ethically.'" Mattis later resigned, and then was fired.

Trump ultimately did not actively intervene beyond that phone call, as far as we know, but in July 2019 publicly called for an investigation - at which point, legal challenges by Oracle and IBM had been dismissed after several investigations. 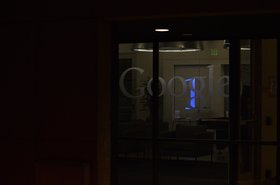 But the DoD then shifted its tone again just a few days later. Trump-appointee Defense Secretary Mark Esper - who at that point had been at his job for 11 days - said he would be investigating JEDI.

Smith, the same spokesperson, said: “Keeping his promise to Members of Congress and the American public, Secretary Esper is looking at the Joint Enterprise Defense Infrastructure (JEDI) program. No decision will be made on the program until he has completed his examination.”

But, months later, Esper appeared to have remembered something crucial - his son works at IBM. “Although not legally required to, he has removed himself from participating in any decision-making following the information meetings, due to his adult son’s employment with one of the original contract applicants," the DoD said earlier this week (Oct 22).

"Prior to the award, the department conferred with the DoD Inspector General, which informed the decision to proceed," the DoD said in a statement.

Amazon said in a statement that it was "surprised about this conclusion," adding that a "detailed assessment purely on the comparative offerings” would “clearly lead to a different conclusion."

Microsoft has yet to comment - but, while it has reason to celebrate, may also face further employee protests over the contract.

"Many Microsoft employees don’t believe that what we build should be used for waging war. When we decided to work at Microsoft, we were doing so in the hopes of “empowering every person on the planet to achieve more,” not with the intent of ending lives and enhancing lethality," a group of employees wrote in an open letter last year.

"For those who say that another company will simply pick up JEDI where Microsoft leaves it, we would ask workers at that company to do the same. A race to the bottom is not an ethical position. Like those who took action at Google, Salesforce, and Amazon, we ask all employees of tech companies to ask how your work will be used, where it will be applied, and act according to your principles."