Google has withdrawn from the race for the Pentagon’s cloud contract, which could be worth as much as $10 billion.

The company said that it would no longer compete for the Joint Enterprise Defense Infrastructure (JEDI) cloud, a controversial single-award deal that will see almost all of the Department of Defense's cloud computing needs fulfilled by just one vendor. 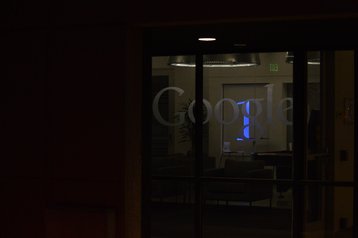 Do. Or do not. There is no try

“We are not bidding on the JEDI contract because first, we couldn’t be assured that it would align with our AI Principles," a Google spokesperson said in a statement to Bloomberg.

The company's AI Principles have been a matter of internal contention for the technology giant, with senior Google officials pushing to chase lucrative military contracts, while lower level employees chafed against the move.

A key example of this can be found in 'Project Maven,' a secret Google Cloud product for the US military that aimed to use Google's image recognition smarts for DoD drones. While it was a small contract worth just $9 million, company emails viewed by The New York Times revealed that Google had hoped Maven would lead to bigger contracts.

But, when the project was made public by Gizmodo, the reaction from the wider Google community was far from positive - around a dozen employees resigned, while more than 4,000 signed a petition against it. “We believe that Google should not be in the business of war,” the petition said.

In response, Google released its AI Principles that clarified the company's views on working with the military, and in June said that it would not renew its Maven contract. At the end of September, Google CEO Sundar Pichai secretly visited the Pentagon to try to smooth the relationship.

The company is also facing internal and external tumult over revelations that it is planning a return to China with a censored search engine. The engine, Project Dragonfly, would likely go against several of the company's new principles - "technologies that cause or are likely to cause overall harm; technologies that gather or use information for surveillance violating internationally accepted norms; technologies whose purpose contravenes widely accepted principles of international law and human rights."

I find your lack of certifications disturbing

There is another reason why Google has decided not to compete for the JEDI cloud contract, with the spokesperson admitting "we determined that there were portions of the contract that were out of scope with our current government certifications.”

The company trails behind Amazon Web Services and Microsoft Azure in gaining the myriad certifications required to run different government workloads, many of which are of course highly sensitive and top secret.

“Had the JEDI contract been open to multiple vendors, we would have submitted a compelling solution for portions of it,” the Google spokesperson said. “Google Cloud believes that a multi-cloud approach is in the best interest of government agencies, because it allows them to choose the right cloud for the right workload.”

Google's stance has been echoed by pretty much every cloud provider other than Amazon, the presumptive front-runner for the JEDI contract. Microsoft, IBM and Oracle were among those lobbying both publicly and privately to break up the contract into multiple smaller awards.

Their consternation led to Congress publicly asking why the contract was single-award, to which DOD spokesperson Dana White responded, saying that the contract will last just two years, at which point “we will re-examine the marketplace and make a decision about the capabilities we need for the next option period."

Critics, however, point out that once a provider is chosen, they will remain the most likely choice for the next option period. The full contract, worth up to $10bn, will last 10 years.