Beeinfotech opens its first data center in the Philippines

Beeinfotech PH has opened a new data center in Manila, the Philippines.

First revealed in July 2021, the company announced the general availability of its first data center this week. 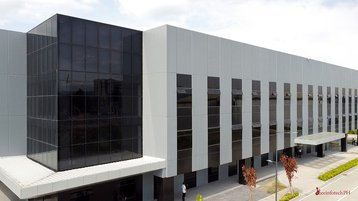 Known as The Hive, the company said the new facility is currently the largest carrier-neutral data center facility in operation in the country, with three floors capable of housing at least 3,000 racks.

“With the increased demand for digital services under the ongoing Covid-19 pandemic and the recent efforts to improve the nation’s connectivity and IT infrastructure, now is the perfect time to welcome hyperscalers and other large-scale partners to the Philippines,” said Beeinfotech PH President & CEO Reynaldo Huergas. “Telco-neutral data centers with significant and flexible rack space such as The Hive are suitable colocation facilities for hyperscalers since they enable enterprises to quickly scale resources and establish a local footprint without the arduous and time-consuming process of building a DC from scratch.”

In July, Beeinfotech leased out the entirety of the Campus One building in the new Bridgetowne Destination Estate in the east of the city. Campus One has close to 19,000 sqm (205,000 sq ft) of leasable space spread across three stories. The new company is led by Reynaldo Huergas, previously CEO of Manila-based telecoms & data center firm IP Converge Data Services, Inc.

The Hive follows an Open Design concept, enabling it to meet specific colocation requirements of clients, such as special enclosures and cages for racks.

“Our facility is configurable to the point where other DC operators can structure the facility using their existing designs, similar to a plug-and-play model of service that gives more freedom and customization,” said Huergas.

Earlier this month Singapore-based SpaceDC announced a new 72MW data center campus in Manila that it said would be the largest hyperscale facility in the country. The company said the 43,000 sqm campus would be made up of 12 four-story buildings, with four data halls each. Each data hall delivers up to 1,500kW of power with a total of 48 such data halls within the campus.