AWS pledges to be water positive by 2030

Company joins Google, Microsoft, and Meta on reducing water use in data centers

At its AWS re:Invent event in Las Vegas, the company announced it will be water positive by 2030, returning more water to communities than it uses in its direct operations. 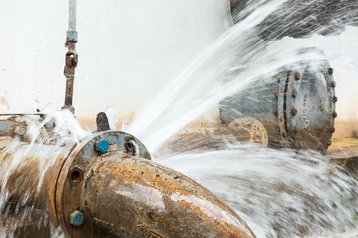 “Water scarcity is a major issue around the world and with today’s water-positive announcement we are committing to do our part to help solve this rapidly growing challenge,” said Adam Selipsky, CEO of AWS. “In just a few years half of the world’s population is projected to live in water-stressed areas, so to ensure all people have access to water, we all need to innovate new ways to help conserve and reuse this precious resource. While we are proud of the progress we have made, we know there is more we can do. We are committed to leading on water stewardship in our cloud operations, and returning more water than we use in the communities where we operate. We know this is the right thing to do for the environment and our customers.”

Its efforts to achieve this goal will include reduction as well as replenishment activities, including analyzing real-time water use and identifying and fix leaks using IoT technologies, using recycled water and rainwater harvesting for cooling – including on-site water-treatment systems that allow it to reuse water multiple times – as well as waterless cooling in facilities where possible, and funding various water replenishment efforts.

During 2021 AWS said it achieved a global water use efficiency (WUE) metric of 0.25 liters of water per kilowatt-hour. In Ireland and Sweden, AWS said it uses no water to cool its data centers for 95 percent of the year. A report by the US Department of Energy suggests the WUE of an average evaporative cooling data center is 1.8L per kWh.

In the UK, AWS is working with The Rivers Trust and Action for the River Kennet to create two wetlands on a tributary of the River Thames.

“England’s rivers are a national treasure, and we are thrilled to partner with AWS to help protect the River Thames and its tributaries by working with our member trusts in the area,” said Mark Lloyd, CEO of The Rivers Trust. “AWS’s commitment to be water positive by 2030 will drive action needed to help restore the rivers and water resources impacted by climate change. We are looking forward to growing our relationship with AWS and using this partnership to demonstrate a similar path other businesses can take to support collaborative water stewardship activities that improve the resilience of our rivers.”

Though data centers use huge amounts of water for cooling purposes, the actual amount of water used by the industry isn’t clear; researchers estimate that on average in the US, 1MWh of data center energy consumption required 7.1 m3 of water, though this can vary widely depending on region and facility.

Google, Meta, and Microsoft have pledged to become water positive by 2030, though many of their facilities currently use millions of gallons of water per day. CyrusOne has claimed several of its facilities are water positive.

Morningstar Sustainalytics has previously said Microsoft is the market leader on water conservation efforts. Europe's data center operators this year told the European Commission that they will cut water use to a maximum of 400ml per kWh of computer power by 2040.