Microsoft is better at managing its water use than other data center firms, according to a new report.

The company is investing to achieve its goal of being water positive by 2030, and has built water use into its business strategy, with a result that it can already show decreasing water consumption, says the report from Morningstar Sustainalytics. 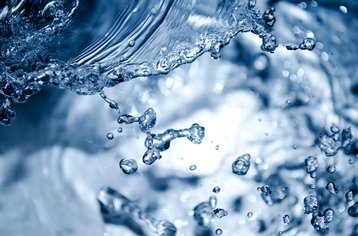 – Image by PublicDomainPictures from Pixabay

Morningstar isn't impressed with the rest of the industry, saying that only 33 percent of operators have an adequate program to conserve water.

Any company which relies on the availability of water is exposed to risks including shortages and restriction or rationing, says Morningstar, adding that this applies to data centers in the Internet software and services, data processing, enterprise and infrastructure software, and telecoms services sectors.

These risks could increase substantially as climate change makes for an unpredictable water supply globally. New water regulations might increase compliance costs for companies and could restrict the amount of water they are permitted to use. In water-stressed regions, conflicts with the community over water use could result in reputational risks, warns the report

Microsoft has had its water use criticized in the Netherlands, while data centers in New Mexico, Arizona, and South Carolina, have faced complaints from local communities and water conservation stakeholders, in one case forcing the data center company to hold back on using ground water, and instead to pay for surface water.

According to Morningstar, only 16 percent of companies they spoke to disclosed a water risk management strategy, while 64 percent had a program to manage physical climate risks. "As awareness of water risks and their importance increases, we expect to see more water-related disclosure from companies," the report comments.

Around half of companies have a water management program, but only five percent of these are "strong" in Morningstar's opinion; 33 percent are "adequate" and 61 percent are "weak".

Microsoft is the only company in the analysis to receive top scores for its water risk management and water management program. Its water intensity also showed a significant decrease compared to its three-year average.

Morningstar said Microsoft’s success is attributed to its investment in becoming water positive by 2030. It has applied new technologies in its data centers, like the Smart Water Navigator and adiabatic cooling, a technology that uses outside air instead of water for cooling, when temperatures are below 85 degrees Fahrenheit.