Built for real-time processing and analysis

The suitcase-sized BullSequana Edge is available now and can be purchased as standalone infrastructure or bundled with Atos’ own software edge analysis software. 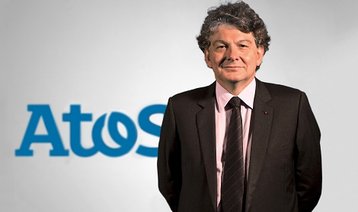 A little sibling for Atos’ BullSequana XH2000 supercomputer, BullSequana Edge is designed to manage and process Internet of Things (IoT) data using artificial intelligence applications to allow information to be analysed in real-time.

Atos say that the device is positioned to deal with the fast response times needed in manufacturing 4.0, self-driving cars and healthcare.

BullSequana Edge runs on a 16 core Intel Xeon CPU can host up to two Nvidia Tesla T4 GPUs or optional FPGAs. Atos say that this enables the inference of complex AI models with low latency at the edge.

The edge device is also equipped with an intrusion sensor which disables the machine in case of physical attacks.

Thierry Breton, Atos CEO, said during a press conference: "Treating data and enabling them to create value is the heart of our business. The cloud will not be able to absorb all the data at all. The speed at which technology is evolving, so we are banking on edge computing, which should allow them to be hosted locally to provide our customers with real-time action capabilities."