"What government-wide review will now be done of Atos’ ability to provide IT services for government on such a scale?"

An extended outage experienced by the UK's Ministry of Justice has been blamed on a failure at a data center supported by Atos and Microsoft. 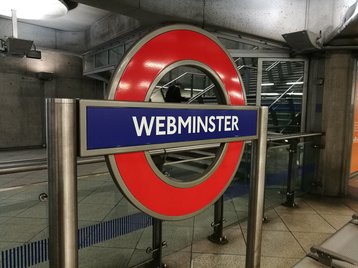 "Mrs Pound is incandescent with fury"

The outage was discussed separately in both houses of Parliament - the House of Commons and the House of Lords.

"We have been working closely with our suppliers, Atos and Microsoft, to get our systems working again, and yesterday we had restored services to 180 court sites, including the largest ones," the Parliamentary Under-Secretary of State for Justice, Lucy Frazer, told the House of Commons.

"Today, 90 percent of staff have working computer systems. Work continues to restore services and we expect the remainder of the court sites to be fully operational by the time they open tomorrow morning. We are very disappointed that our suppliers have not yet been able to resolve the network problems in full. This afternoon, the permanent secretary, Sir Richard Heaton, will meet the chief executive of Atos and write personally to all members of the judiciary."

Opposition figures were not comforted by the comments. Labour Member of Parliament and shadow justice secretary Yasmin Qureshi cited a statement by the chair of the Criminal Bar Association which described the "courts system as being 'on its knees' following that failure, and blamed 'savage cuts to the MoJ budget.'"

Qureshi, a former Barrister, added: "Of course, such failings do not happen in a vacuum. The Ministry of Justice has faced cuts of 40 percent in the decade to 2020. The Government are pursuing a £1.2 billion [US$1.58bn] courts reform program, which has seen hundreds of ​courts close, thousands of court staff cut and a rush to digitize many court processes. Are the plans to cut 5,000 further court staff by 2023 still being pursued?

"Will the Minister explain why the Government ignored the Association of Her Majesty’s District Judges, which called for courts closures to be stopped until 'fully functioning IT systems are demonstrated to be up and running successfully'?"

Frazer contested the notion that the outage was related to cuts, describing it as a random supplier issue - although other MPs were quick to highlight that the outage's impact on services was greater, because cuts to courts and staff numbers meant that citizens have to rely more heavily on IT services.

Labour MP Stephen Pound had a different concern: "I have been married to a senior member of the west London magistracy for many, many years. Mrs Pound is incandescent with fury, because those on her particular bench find it impossible to operate within the common platform. The iPads with which they have been issued are useless, and many defense barristers and solicitors are having to print out copies of the documentation before they come to court."

Another debate, in the House of Lords, was similar in tone: "My Lords, last May the National Audit Office published a damning report on the Ministry of Justice’s four year-old £280 million IT program," Labour peer Lord Beecham said.

"In the light of the latest fiascoes affecting the probation service and the entire criminal justice email system, would the Minister rank the department’s performance in these areas as better or worse than that of Chris Grayling’s recent award of a ferry contract to a company with no ships, or the shameful record of the Home Office over the Windrush debacle?"

Lord Scriven, peer of opposition party and former government coalition partner, the Liberal Democrats, added: "My Lords, less than three years ago there was a whole-Whitehall review of the £500m ($657m) contracts given to Atos for government IT systems. This is another potential catastrophe with an IT system ​that Atos has implemented in government. In the light of that, what government-wide review will now be done of Atos’ ability to provide IT services for government on such a scale?"

Conservative peer Lord Keen of Elie responded by downplaying the issue, claiming that it "arose in the context not of the implementation of an IT system but of an existing system, in particular the corruption of part of the hardware, namely a routing server, which has now been replaced. Given that that has been identified and rectified, we would not contemplate launching the form of inquiry indicated by the noble Lord."

Further details about the outage are likely to come out over the coming weeks and months. It is unclear what the MoJ's data center infrastructure requirements are, but some details were revealed last year by the MoJ's chief digital and information officer (CDIO), Tom Read. "We think the cloud’s just better,” he said. “We use the G Suite and Office 365, we use a bunch of tools. We’re doing a lot on Azure, we’re doing a lot on AWS, we’re starting to look at Google’s Cloud Platform, but we’re going really big on AWS and Azure at the moment.

“If government can do cloud, then anyone can.”