Amazon is suing a former AWS VP after alleging that Google Cloud violated a non-compete agreement (NCA) by hiring him.

The tech giant says Google's hiring of Brian Hall, a former AWS VP of product marketing, could pose a risk and lead to sensitive competitive information being exposed. The news was first reported by GeekWire.

Hall’s defense lawyers say execs at AWS “led” him to believe the company would not enforce the NCA.

Amazon’s NCA stipulates there is an 18-month term in Hall’s employment contract where he cannot work for a competitor. The tech giant is now asking the courts to impose an injunction and stop Hall from working at Google until the contract term is still valid.

Hall, meanwhile, is asking the court to rule the NCA he signed was “overbroad, unreasonable, and unenforceable.” 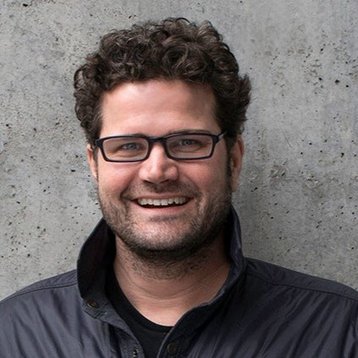 “Virtually every day, Hall worked with Amazon’s most senior cloud executives to create and execute those plans.

“As a result, he was entrusted with an unusually broad view into Amazon’s cloud product plans; its priorities; and its competitive strategy.”

On Twitter, Hall wrote: "Discretion is the better part of valor, so I won't disclose too much about weird illicit affair kind of stuff I'm seeing in public legal files. But Amazon, really? See how people responded to articles? And now are you doubling (tripling) down?

The new Google VP changed his title on LinkedIn to "Waiting to Work as a VP at Google."

According to Hall's court filings, he was told by the former AWS VP of Worldwide Marketing Ariel Kelman that the NCA clause was unenforceable.

Kelman now works for Oracle as its EVP and CMO; he left AWS in January this year.

Kelman told Hall he had never seen Amazon enforce the NCA clause against a marketing employee. However, AWS has sued former execs in the past.

Last year, Philip Moyer was taken to court after joining Google Cloud and a judge ruled that the former head of sales was not to work on any financial services projects at Google.

Moyer was also barred from contacting any AWS customers and financial services customers.

These conditions will stay in place until the lawsuit is fully resolved, or until his non-compete term expires in November 2020.

In 2014, the company sued AWS’s ex strategic partnerships manager Zoltan Szabadi after he took a job at Google Cloud Platform.

Apple has also been in the news about similar cases. In December, the tech company sued Gerard Williams III, a former employee, one of the co-founders of Nuvia.

Williams quit Apple in February and went on to found the semiconductor company, along with two other ex-Apple staff, John Bruno, and Manu Gulati.

While at Apple, Williams oversaw design work on the company’s Arm-based processors for mobile devices. His new company Nuvia was first publicly revealed in November following a $53m investment.

The company hopes to design Arm-based microchips for use in data centers, a market sector currently dominated by x86 providers like Intel or AMD.

Apple's main contention with Nuvia and its founder lies within Section 2.0 of the Employment Agreement that Williams signed on January 7, 2010. The agreement stipulates that the new employee must respect the technology and intellectual property of the company.