A vice president and distinguished engineer at Amazon Web Services publicly resigned over his parent company's treatment of protesting employees.

Tim Bray said that the company's decision to fire multiple employees that spoke out against Amazon's climate change plans, and its handling of the Covid-19 crisis, was "chickenshit," and "designed to create a climate of fear."

"We need to put legal guardrails in place" 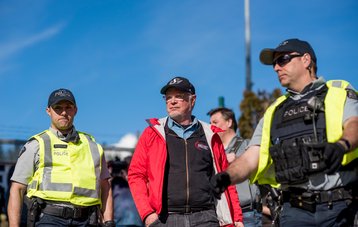 In an open letter on his blog, Bray explained that after five years and five months at the company he was leaving due to its treatment of employees that tried to improve Amazon's climate change targets, and attempted to improve the safety of warehouse workers amid Covid-19.

After Amazon UX designers Emily Cunningham and Maren Costa spoke out against the treatment of warehouse staff, and the company's climate change policies, both were fired. It also fired warehouse strike organizer Chris Smalls (with a leaked memo later revealing the company planned to smear him as "not smart or articulate"), and warehouse worker Bashir Mohammed, who claims he was fired for attempting to organize his colleagues.

Technology workers, including Costa and Cunningham, organized a virtual meet on April 16 to discuss their concerns about Amazon's alleged lack of action over Covid-19 - two days after a warehouse employee died of Covid-19 complications. Amazon deleted the invitation to the meeting from thousands of its employees' calendars, but 400 attended. The company also told employees it would begin monitoring, moderating, and approving internal listservs communication chains involving more than 500 staff members.

Bray said that when the activists were fired he "snapped." He added: "VPs shouldn’t go publicly rogue, so I escalated through the proper channels and by the book. I’m not at liberty to disclose those discussions, but I made many of the arguments appearing in this essay. I think I made them to the appropriate people.

"That done, remaining an Amazon VP would have meant, in effect, signing off on actions I despised. So I resigned."

Bray admitted that there are those in Amazon "putting massive efforts into warehouse safety," and you "don’t turn a supertanker on a dime," but said that fundamentally "Amazon treats the humans in the warehouses as fungible units of pick-and-pack potential."

He continued: "If we don’t like certain things Amazon is doing, we need to put legal guardrails in place to stop those things. We don’t need to invent anything new; a combination of antitrust and living-wage and worker-empowerment legislation, rigorously enforced, offers a clear path forward."

Firing whistleblowers, Bray said, is "evidence of a vein of toxicity running through the company culture."

At the division of Amazon that Bray works, Amazon Web Services, employees are treated to far higher standards. "Of course, its workers have power. The average pay is very high, and anyone who’s unhappy can walk across the street and get another job paying the same or better... The warehouse workers are weak and getting weaker, what with mass unemployment and (in the US) job-linked health insurance."

Bray said leaving the company, with its high salary and stock options, will likely cost him a million dollars, pre-tax.

The Candian software developer has contributed to several important standards in technology, and was the principal innovator of XML (extended markup language).

Prior to his resignation, he was the only VP-level Amazon employee to sign a letter to Amazon shareholders calling for a stop to Amazon Web Services' support for oil extraction. More than 8,000 employees signed the letter.

On 18 April 2018, Bray was arrested for Contempt of Court at a demonstration over the Trans Mountain pipeline, which carries crude and refined oil from Alberta to the coast of British Columbia, Canada.