AWS is putting down roots in the burgeoning digital nation

Amazon will invest $1.6bn into the construction of two data centers in India.

The data centers are expected to be located on the outskirts of Hyderabad.

According to the New Indian Express, AWS is currently looking to have the sites cleared after recommendations by the State Expert Appraisal Committee. Laws in India dictate that any building project which exceeds a size of 20,000 sq m (215,000 sq ft) must include an environmental clearance. 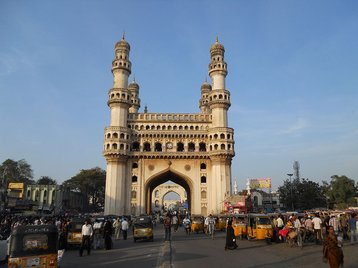 Back in January, Amazon founder Jeff Bezos visited the country to market Amazon's establishment in India.

“I predict that the 21st century is going to be the Indian century,” said Bezos, at an event in New Delhi’s Jawaharlal Nehru Stadium.

Bezos announced that Amazon would invest $1bn to digitize small and medium businesses across India to help the country achieve its goal of $10bn in SME exports by 2025.

As reported by The Hindu Business Line, the state of Telangana has a dedicated policy for data centers. This policy is designed to attract operators with incentives and certain advantages - this may include laxer planning regulations or even tax incentives.

The state's capital Hyderabad is regarded as India's biggest tech hub, and Amazon has a long history of ingratiating itself with the city. Back in 2015, it opened a large e-commercial warehouse and started to offer training to locals on how to use its platform.

Amazon’s India VP Amit Agarwal said: "Over the last 15 years, we have invested significantly in India across 30 office spaces, the AWS APAC region in Mumbai, 50 fulfillment centers in 13 states as well as hundreds of delivery and sorting centers, creating nearly 200,000 jobs.”

Amazon now has a total of 4m sq ft (370,000 sq m) of office space at eight centers in Hyderabad, excluding the fulfillment center.

*Who is the world's oldest democracy?

It depends on who you ask, however, it is often considered that the oldest democracy in the world is in the Isle of Man.

Iceland is also a contender for the title since it has had a parliament, of sorts, since the 10th century AD.

Ancient Athens is the "first democracy," although this effectively ceased to exist after the Roman conquests the 2nd century BC.