The Indian government will promote the private development of data center parks, as part of a strategy to leverage the opportunities offered by a data-driven economy, finance minister Nirmala Sitharaman said in her budget speech on Saturday.

With close to 450 million Internet users and more than one billion mobile subscribers, the data center sector in India was cited as one of the fastest-growing in the world with demand outstripping supply, according to an earlier report on DCD. 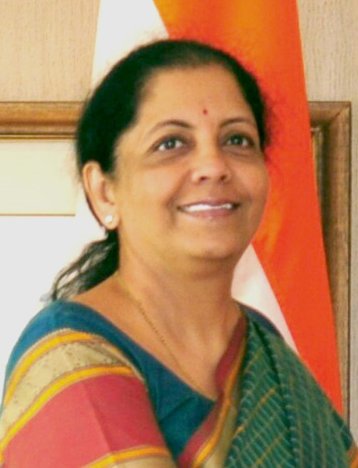 “Data is the new oil,” said Sitharaman, admitting it was a cliche.

Noting that technology is changing how we live our lives, she continued: “To take advantage of this, I propose to bring out soon a policy to enable [the] private sector to build data center parks throughout the country. It will enable our firms to skillfully incorporate data in every step of their value chains.”

An unnamed senior government official quoted by The Economic Times said: “There is a tsunami of data which is expected to hit India and the country is expected to be a huge market for data centers since companies will prefer it to be stored here for lesser latency. This policy is preparing the country for that deluge in the long run."

It comes against a backdrop of hefty sums being earmarked to strengthen India’s digital infrastructure and capabilities. The country, which is considering a data residency law, aims to drastically improve its digital connectivity.

In the same budget speech, the government says it is allocating ₹6,000 crore (US$840 million) to enhance broadband connectivity in rural areas over the next two years. It also plans to invest ₹8,000 crores (US$1.12 billion) in quantum computing research over five years.