Amazon has acquired a seven-acre parcel of land in Santa Clara, California, for more than $50 million. 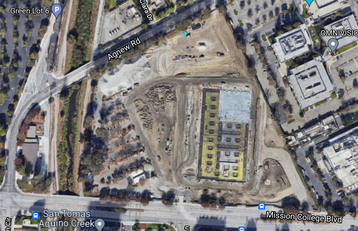 The company bought the land from an affiliate of IPI Partners, which has quickly flipped the land for a profit; IPI Oppidan DC Venture Phase II paid $47.1 million for the parcel in June 2021. IPI reportedly owns an adjacent 8.8-acre plot that is also being used by Amazon for data center development.

According to previous documents, Amazon plans to build two center buildings on the site; the first phase spanning 285,768 square feet (26,548 sq m), and the second 229,974 sq ft (21,365 sq m). The facilities will be AWS' first self-built data centers in Santa Clara; the company operates through Equinix and Digital Realty leases across the Bay Area.

Land in Santa Clara is at a premium; last year Vantage paid $40 million for a 6.7-acre plot close to its existing campus on Walsh Avenue.