Amazon has acquired a 112-acre plot of land to develop another data center just north of its 68-acre New Albany campus.

First reported by the Columbus Business First, the land was bought for around $21.8m on April 20.

The new site sits on the Northeastern corner of Beech Road Northwest and Jug Street. The plot also comes with a 15-year property tax abatement approved by the New Albany City Council.

The company’s intentions to buy the land was first reported in December when the city council agreed to the tax breaks. 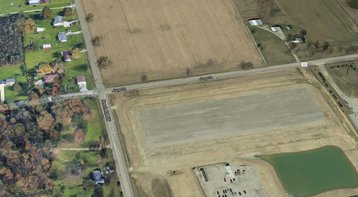 The plot upon which the new 170,000 sq ft AWS data center will be built – Google Maps

New Albany City spokesman Scott McAfee told Business First: "Overall, the data centers are a very small burden to city services, produce very little traffic once built out and have a large revenue stream for the community and our partners.

"We are hoping to create an IT ecosystem, the data centers are only one component of that cluster. Mission-critical facilities, like the one built by AEP, and supporting corporate office and supply chain businesses, are all part of the IT ecosystem.

"As a result, there are now 1,615 jobs in the business park directly attributed to AEP or supporting AEP.”

It appears that this development will actually be built on the newly acquired land. Amazon also received a permit to build a third site encompassing 157,000 square feet (14,000 sq m) on its current 68-acre New Albany campus.

This follows other companies that have gobbled up New Albany's land parcels in the past, such as Facebook and Google. Facebook opened a data center on its 325-acre campus near beech road in February, the facility represents an investment of around $1bn. Google is also building a $600 million facility and has a permit for a second.