AWS to be carbon neutral ahead of time

Amazon’s newest project in the UK is a 350MW wind farm off the coast of Scotland and is Amazon’s largest in the country, and claims it is the largest corporate renewable energy deal in the UK to date.

“Leading companies like Amazon know the value that solar can bring to their businesses and the planet,” said Abigail Ross Hopper, president and CEO of the Solar Energy Industries Association (SEIA). “We’re thrilled to see that Amazon is following through on its climate commitments and is investing in renewable energy assets across the world. Wall Street, customers, and international businesses are all watching what American companies are doing about climate change, and this type of leadership can have a major impact on the climate crisis.”

The company's other investments include:

– An 80MW solar project in the County of Newell in Alberta, Canada, the company’s first in the country.

– New solar projects in Extremadura and Andalucia, Spain, adding more than 170 MW to the grid. 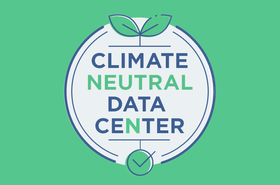 This week Google also announced it had matched 100 percent of its global electricity use with purchases of renewable energy for the fourth year in 2020. The company highlighted its first offshore wind project in the North Sea contributing energy to the grid where it operates its Belgium data center, and purchasing power from a new solar farm in the Antofagasta region of Chile to power operations in South America.

Facebook last week announced that all its global operations are 100 percent carbon neutral. The social network has contracts in place for more than 6GW of wind and solar energy across 18 states and five countries, with all 63 projects located on the same electrical grids as the data centers they support.

“We've reached net-zero emissions for our operations and we're one of the largest buyers of renewable energy in the world - resulting in $8 billion invested in 63 wind and solar projects around the world, creating tens of thousands of jobs,” CEO Mark Zuckerberg said in a post on his site. “Thanks to our team and partners who helped reach this goal!”