Spinning up a universal quantum computer

Quantum Motion is a small startup with big ambitions. It hopes to change the world, but is it all just spin? 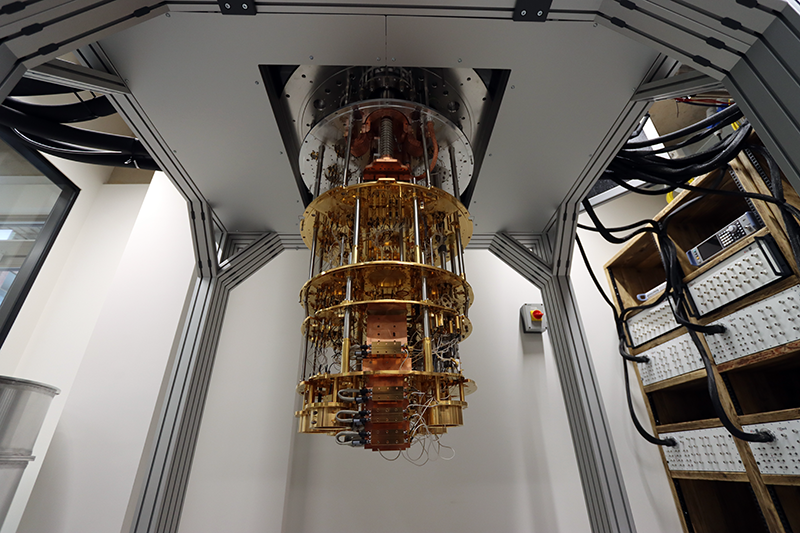 About 30 minutes into our conversation about the merits of quantum computers and his company’s specific approach to developing them, Professor John Morton leant forward. “I want to build the most powerful computer on the planet,” he said.

He radiated the sure-fire certainty only found in preachers, lunatics, and scientists convinced that they are at the cusp of a revolution.

A spin-off from Oxford University and University College London (UCL), Morton's British-based Quantum Motion believes that it has picked the right approach to building a truly universal quantum computer, capable of outperforming what classic systems can handle, across a wide variety of workloads.

This feature appeared in Issue 44 of the DCD Magazine. Subscribe for free today

It's a big claim. Universal quantum computers remain theoretical - forever just five years away, forever right around the corner - and Quantum Motion is far from the only one chasing that goal.

Among the many well-funded competitors are Google, which controversially claimed 'quantum supremacy,' where its system was able to significantly outperform the world's most powerful supercomputer at one single, highly technical calculation.

Then there's IBM, which claimed Google had overhyped its achievements, while trying to roll out its own benchmark for quantum systems that said it was in the lead.

Microsoft and Amazon Web Services are also working on their own quantum systems, although they have been less public about their progress.

Competing with the hyperscalers is early pioneer D-Wave, which plans to IPO via a $1.6bn SPAC merger. There's also IonQ, which did a $2bn SPAC merger, and Rigetti Computing, which had a $1.5bn SPAC merger.

There are yet more: Honeywell and Cambridge Quantum this year merged efforts, launching Quantinuum with a $300m investment. Pasqal and Qu&Co merged, targeting a 1,000-quantum bit (qubit) quantum system in the coming years. Over in Canada, Xanadu Quantum Technologies has raised $145m for a photonic quantum computer.

Nation-states are also heavily investing, most notably China - which has pledged to spend tens of billions on quantum computers, with the research filtering down into Alibaba, Tencent, and others.

Against all of this stands Quantum Motion, a small startup with less than £20 million ($27m) to its name, and a little over 30 employees.

Evening the odds, Morton argues, is the hundreds of billions of dollars invested into semiconductors over the past five decades. 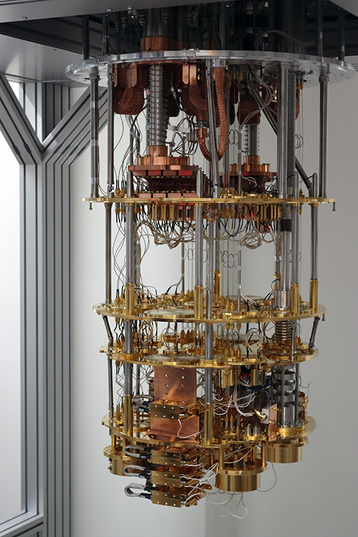 While most of the competition are trying to build entirely new superconducting quantum systems, Quantum Motion is taking a different path. It hopes to develop quantum computers using traditional CMOS chips, an approach favored by Intel but few others.

"Anything that obeys quantum mechanics you can use, whether it's superconducting circuits or trapped-ions," he said.

Those two approaches were long used to carry out quantum physics experiments in the lab, so "they were natural to use as qubits," he said.

"But if you're really serious about developing this as a technology that can build a universal quantum computer, then you need to think about scale and error correction, and being able to get not just to tens, or even hundreds of qubits, but hundreds of thousands or millions of qubits. And that's quite a daunting obstacle."

Silicon transistors have already overcome the challenge of scaling to extreme levels - with the latest chips featuring tens of billions of transistors.

"Research from us and others over the past 10 years has shown that you can use similar kinds of structures with silicon and metal gates to trap individual electrons, and to use their magnetic state - their spin - as a qubit," Morton explained.

"And actually, it's not a bad qubit, it has a lifetime in the seconds-range."

The company logged its largest success to date last year when it performed the first measurement of a single electron spin in a transistor device that was made on 300 millimeter wafer scale. “We were able to measure its spin state, whether the single electrode was pointing up or down,” Morton said. 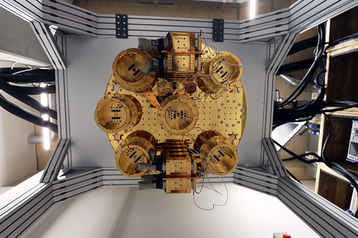 “It stays in that state for up to nine seconds. Some might think that’s not long, but if you're talking about a single quantum particle made using this industrial process, it is extremely exciting.”

Quantum Motion was built out of the research Morton, a professor of nanoelectronics at UCL, and co-founder Simon Benjamin, a professor of quantum technologies at Oxford University, were already doing into spin qubits.

"We realized five years ago that if we're going to build this, then this isn't something that can happen in a university - we need to bring together integrated circuit engineers, software engineers, and quantum computing architects,” Morton said.

“And so what we're doing is combining that with commercial silicon processors, and trying to see if we can we build high quality qubits using industrial CMOS, and then use that to integrate qubits with all of the control and measurement electronics that you need to build a fully integrated quantum processor."

The idea is enticing, with promise for significant scale. "One transistor is one qubit. And that's why, at a simplistic level, you could say, ‘well, we have billions of transistors, therefore, we can get billions of qubits,’" Morton said.

Of course, such a system is far away, even with Morton's ambitious projections. First, the company plans to get a few working qubits.

Quantum bits are extremely fragile. Different approaches lead to qubits of varying qualities, but all are ephemeral and easy to disrupt. 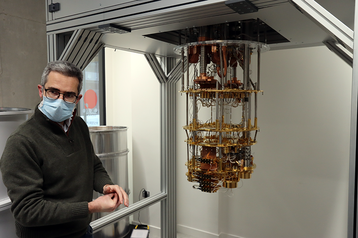 But before all that, the company has to pull off one good qubit, John M. Martinis, professor of physics at the University of California, Santa Barbara, told DCD.

Martinis, who cautioned he had not been able to study Quantum Motion's approach in detail, explained that "various people have been pitching silicon qubits for a while already."

But, he said, "the key question is when they will be able to make a qubit system that shows one can integrate all the necessary components for a quantum computer.

"Good demonstrations occur at the 10-20 qubit level, especially if they make a square (2D) array like what was done for the superconducting quantum supremacy experiment. Before that demonstration, these ideas are still a bit at the proposal stage."

Martinis led the development of Google's first quantum computers, including the one that achieved quantum supremacy.

He left in April 2020 after disagreeing on the strategy, and joined Australian startup Silicon Quantum Computing, a rival silicon-based quantum company. 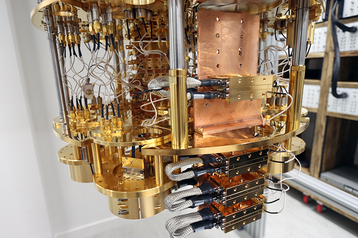 "The real challenge is to make it work, which depends on many system-integration details," Martinis explained.

While Quantum Motion points to small transistors as an advantage for rapid scaling and density, Martinis views it as a potential weakness.

"I think the bottleneck for integration is that the qubits are so small," he said. "You then have to build 'escape wiring' from the electrodes out to pads to connect to the control. If you look at every experiment published in silicon, even for a few qubits there is a lot of wiring to deal with. I think an important milestone is to see someone build a large enough system in silicon to demonstrate a good solution.

"The fundamental issue here is that control electronics and its wiring is more like a millimeter size, at best,” he continued.

Like most quantum computing companies, there remains a gulf between what is theoretically doable and what is currently possible.

Some of the businesses will fail because they picked a dead end. Others will be onto a workable solution, but run out of money before they can pull it off.

“The question is: ‘Can standard CMOS-SoI technology be used to make a qubit?’ If the answer is yes, why on Earth would you do it any other way?,’” he said.

“That will be a $100 billion+ company. If the answer's no, then you've lost a few tens of millions funding something that is eventually going to be incredibly useful anyway, because it's silicon.”

He added: “But all of what we've been doing over the past five years is just knocking down those milestones to say, yeah, it looks more and more convincingly like the answer is: ‘Yes, this is the technology to build a quantum processor.”