For energy guzzling colocation and cloud providers, the only viable long-term solution to go green is a switch to renewables

From the emergence of a jade green Penang river in Malaysia to air quality in Singapore falling within World Health Organization (WHO) air quality guidelines, sweeping lockdowns across multiple countries from the Covid-19 pandemic have offered an inadvertent glimpse of what a green future could herald for Southeast Asia (SEA).

For energy-guzzling colocation and cloud providers, the only viable long-term solution to go green is a switch to renewables, which also offers the potential for grants and tax exemptions. But what are the renewable energy options available in Southeast Asia, and what are some data center innovations that can ameliorate carbon footprints and reduce operational expenses in the meantime? 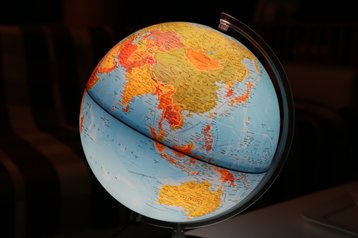 Like the countries, the adoption of renewables varies widely across the region. With an estimated 40 percent of the world’s potential geothermal resources, Indonesia currently has more than 2,000MW of geothermal capacity. Though this makes up less than five percent of total installed generation capacity, the country has set a target of 7,000MW by 2025. It has introduced changes to encourage geothermal development, such as Law No. 21 of 2014 to make geothermal exploitation easier by no longer classifying geothermal power generation as a mining operation.

On its part, Malaysia has over 6,000MW of installed hydropower capacity which makes up around 11 percent of the country’s electricity generation. And while progress appears to have stalled (hydropower capacity has not increased significantly since 2016), the government has a vision to eventually increase hydropower generation to 20,000 MW through initiatives such as Sarawak Corridor of Renewable Energy (SCORE).

With no access to renewables such as hydroelectric and wind, Singapore is turning to solar. Late last year, it announced a plan to increase solar capacity by seven times to 2-gigawatt peak (GWp) by 2030. Elsewhere, a private company called Sun Cable has an audacious plan to build a 10GW solar farm in Australia, and deliver it via a privately-owned undersea transmission network stretching 4,500 km to Singapore.

If there is one constant about renewable energy, however, it would be that they are not projects that can be completed overnight. Thankfully, stakeholders in the region are adopting various measures to move the needle another notch towards a more sustainable future.

Necessity is the mother of invention. On that front, Wong Wai Meng, CEO of Keppel Data Centres is a wealth of unconventional ideas. Wong believes that a floating data center park can address land constraints in the island state and can potentially tap into an unlimited supply of seawater for cooling. The company is certainly putting money where its mouth is: In April, Keppel Data Centres signed a couple of MOUs to explore floating data center park.

The data center maverick also has another idea up its sleeve: To leverage the unique properties of liquid natural gas (LNG) to increase the energy efficiency of data centers. The idea revolves around how LNG is transported – it is first cooled down to liquid form for ease of storage. Converting it back to natural gas for use entails putting it through a re-gasification process that releases an abundance of cold energy. What if this can be harnessed to cool data centers instead?

This isn’t as wild an idea as it sounds – Singapore is aiming to be a regional hub for LNG trading, which means ample opportunities to tap into a cooling source that is typically discarded. To work on this idea, Keppel Data Centres announced last year that it is collaborating with the National University of Singapore (NUS) and Singapore LNG Corporation (SLNG) to develop a cooling medium for transportation. If this can be made to work economically, a future where canisters are plugged into cooling towers might well become a norm in Singapore.

As the bedrock of a surging digital economy, data centers are here to stay. While it will be a long time yet before fully sustainable data centers are common, every improvement and innovation in the meantime will take us towards a greener future.