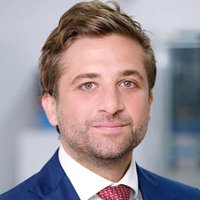 Sultan Chatila kicked off his consulting career during a period of significant investment in the energy sector across the Middle East region. After a short stint at General Electric Power & Water, Sultan joined Strategy& in Dubai in 2006. His first project consisted of developing a water sector strategy for a country in the MENA region. Although slightly apprehensive at first, he acclimated quickly with the team on the ground and was able to begin contributing to the project without missing a beat. The energy and intellectual capacity of the team fostered a dynamic and positive atmosphere, which was critical, given the challenging environment on the project.

During his five years at the firm, Sultan worked on multiple oil and gas, power, and utilities projects spanning Saudi Arabia, Libya, Kuwait, Qatar, UAE, Iraq, Italy, and the U.S. That experience shaped his skill set and positioned him for growth in his career.

In 2011, Sultan joined Honeywell UOP as a director of strategy of their oil and gas division in Dubai. He has since taken on multiple roles of increasing seniority across businesses. Recently, he was appointed Chief Commercial Officer of Honeywell’s Building Technologies business across the Middle East, Turkey, and Africa.