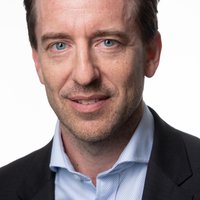 Keith Anderson is the Vice-President of Customer Service at BC Hydro, a public, integrated utility that serves customers located in the province of British Columbia, Canada. He leads the implementation of BC Hydro’s Electrification Plan to grow BC’s energy load through efficient electrification opportunities across a wide and diverse customer base.

Keith has held a number of other positions at BC Hydro, including the Director for the Smart Metering Initiative that saw the installation of 1.8 million meters of associated telecommunications network, as well as procurement and contract oversight for the program. As the Senior Manager for First Nations Consultation and Negotiation, he saw the positive impacts of negotiated agreements BC Hydro reached with Indigenous communities prior to implementing capital projects on Indigenous land. Prior to joining BC Hydro, he held several roles at TransAlta, located in Alberta, Canada.