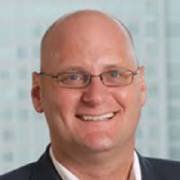 Jim Smith has been Managing Director - Hyperscale for Equinix since May 2018 and leads the Hyperscale Infrastructure Team, also known as HIT, focused on developing facilities to meet the need for hyperscale requirements .

Mr. Smith received a Bachelor of Science degree in Chemistry from Fort Lewis College and a Master of Business Administration degree from London Business School.