How Microsoft is innovating in the cloud data center

DCD>Zettastructure will host a major line-up of Microsoft’s data center leadership on 7-8 November, with updates on Project Olympus, the Marea Cable , fuel cell innovations as well as Microsoft’s insight on the industry’s big challenges

Microsoft takes centre-stage at this year’s DCD>Zettastructure event at the Old Billingsgate in London, to discuss how they are building and running their global data center and cloud infrastructure ecosystem.

“The Marea subsea cable is set to provide up to 160 terabits of data per second. There is an important initiative led by Microsoft, Facebook and Telxius, which will drastically change the form factor of data center and cloud infrastructures,” says George Rockett, CEO & Co-Founder of DCD Group.

“We are excited to have Microsoft open up the event this year, discussing how they are building and efficiently running the necessary infrastructure for the digital economy”, adds Rockett. 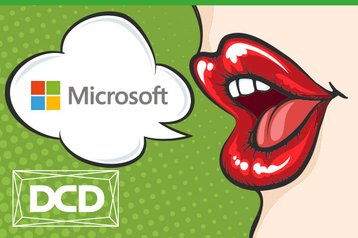 Microsoft’s Azure team has also been busy over the past year open-sourcing their hardware innovations with project Olympus, an initiative which uses collaboration to create open hardware designs for data centers.

This year, Microsoft’s General Manager for Azure hardware, Kushagra Vaid, returns to report on Olympus’ reception by the industry, and on the plans for its future.

Open hardware innovations will be explored in more detail at the event, where DCD has joined forces with the Open Compute Project delivering the European OCP Engineering Workshops co-located with DCD>Zettastructure on 8th November.

Conference to focus on Brexit,  AI, edge, and energy

More than 1500 data center and cloud infrastructure professionals will join DCD>Zettastructure, which takes place in Europe’s biggest colocation market - London. As large cloud operators aggressively expand their operations in Europe, the impact of Britain’s plan to exit the Union will be high on the agenda.

The conference will also feature debates on the migration of legacy data centers, energy smart innovations to hybrid cloud models, and how the application of advanced technologies such as AI and 5G will usher the industry to a serverless future at the edge.

End-users and operators of data center or cloud infrastructure may qualify for a free ticket. Register here or contact [email protected] to confirm your registration.