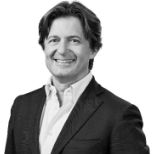 Giordano began his career at Emerson Network Power, now Vertiv, as Materials Planning Manager for Liebert Europe in 1998 and held positions with increasing responsibility, including Plant Manager, EMEA Marketing and Product Management Director, and Managing Director for the Italian market unit. In 2006, he was promoted to Vice President Services for the Liebert Europe business. In 2011, Giordano was appointed Vice President Services for the broader Europe, Middle East and Africa region, and in 2014 became Vice President Sales. Since 2016 he serves as President of Vertiv in Europe, Middle East and Africa

Giordano holds a bachelor’s degree in Mechanical Engineering from the Polytechnic University of Milan as well as a master’s degree in Management from Stanford University.