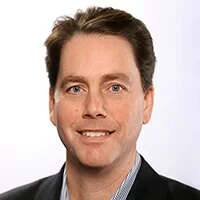 David Hybels is the Global Director of Analyst & Influencer Relations strategy programs at Vertiv. His focus is expanding the AR program to include a larger sphere of super-connected influencers across all lines of business and verticals. He is aligned with market intelligence efforts across IoT, cloud/co-location, Edge, hyperscale, 5G and telco along with helping clarify the tangled buyer’s journey. Dave has developed an Executive Buddy Program that is driving co-influential engagement between Vertiv leadership and a network of key influencers. Dave joined Vertiv after running IBM’s Senior Executive Communications program and holding oversight for IBM’s entire global research budget. Before that, Dave re-ignited the Global AR program at Akamai and served in various capacities at PricewaterhouseCoopers and Putnam Investments.