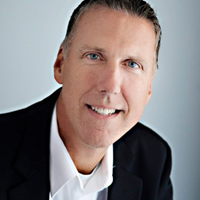 David De Yagher is a Business and Economic Development Manager at BC Hydro, based in Vancouver, BC, Canada. Currently David leads the Load Attraction program as part of BC Hydro’s strategy for electrification and is responsible for overseeing growth in high-tech and clean tech sectors, including data centers.

Previously David led the development and operations of the Smart Metering and Infrastructure program, which was a significant step for BC Hydro and its journey to establishing its current smart grid.