Why data centers need to talk about water

Even the thirstiest data centers are still a small part of the water economy. That does not let them off the hook

This week, it was revealed that some hyperscale data centers in the North of Holland used more water last year than they predicted they would. Microsoft's facilities used 84 million liters of water in 2021, having previously promised a much lower figure.

This made headlines in Dutch newspapers - unsurprisingly, given the country is currently suffering a drought. We reported the story, as part of our ongoing coverage of the increasing concern over data center water usage round the world. 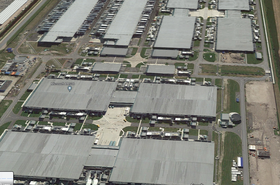 We had a response from the local industry body, and Microsoft has clarified that its water consumption figure included a large amount used in construction. We think there is still more to say on the subject.

Being clear about water

Last year, hyperscale data centers in fact used a very small amount of the total water usage in the Netherlands, pointed out Stijn Grove of the Dutch Data Center Association. While the data centers of North Holland consumed 550 million liters of water between them in 2021, the Dutch Central Bureau of Statistics, (CBS) put this at 0.075 percent of the country's total water consumption: "The biggest users of water are households (35 percent) and agriculture (11 percent)," Grove said.

Grove casts doubt on the origins of the story, suggesting that it emerged from a sensationalist tabloid.

Our original article actually mentioned the fact that data centers use less water than other sectors, but the story here is the data center sector seem to be reporting varying or confusing figures. The Microsoft data centers used more than they were expected to. That is a very legitimate cause for concern, if the fact emerges at a moment when the rest of the country, including the agriculture sector, is being told to restrict its water use because of a drought in 2022.

Secondly, the amount of cooling required will grow still higher, because of this year's extreme heat. Data centers often start to use water to supplement outside air cooling when the temperature climbs above 25°C. That happened on around six days last year, but has happened on far more days so far this year.

Lack of transparency has been a serious problem in data center water usage. Lawrence Berkeley National Laboratory research scientist Dr. Arman Shehabi is best known in the data center world for getting the first truly reliable figures for energy usage out of the US data centers, and he says water usage data is much less reliable.

In 2021, he led a team that published research on the water use of US data centers and told DCD: "I never thought it could be worse transparency than on the energy side, but we actually know less."

Their best guess was that data centers used 7.1 cubic meters of water for every 1MWh (or 7.1 liters per kWh) of data center energy consumption, but cautioned that there would be a huge variation within that figure.

Dr Shehabi also contacted us to point out that roughly three-quarters of that figure was indirect consumption associated with electricity generation.  the LBNL report estimated that US data centers's direct onsite water consumption is around 1.8 liters of water per kWh. This may be a high estimate, as the value is based on the assumption that all the cooling uses water. and may be lower in data centers that include other forms of cooling like air-side economizers.

We're actually more favorably impressed with efforts in Europe. Earlier this year, the Climate Neutral Data Centre Pact set targets for water use, amounting to 400ml of water per kWh of data center power. This is lower than Shehabi's estimate, but is likely mostly due to increased use of air-side economizers.

The Pact is worth reporting, because it's an industry grouping with a formal role: Setting targets for the sector as an alternative to top-down regulations imposed by the EU.

According to an online brochure (PDF), Microsoft claims to be operating at 80ml per kWh, which is better than the Pact's target. However, the figure may refer to operating in anticipated cooler conditions, and the total for the year seems to be inaccurate: "During 2021, the new Netherlands data centers used 48 million liters of water for cooling and humidification at an efficiency rate of 0.08 L/kWh. Microsoft designed the facility for a water usage efficiency rate of 0.01 L/kWh."

The point is, we are in a climate emergency which includes drought in the Netherlands. Under these conditions, everyone has a responsibility to play their part, and be transparent

It's also true that Microsoft has future projects and pilots which could address this further. It is planning to harvest rainwater to reduce its demands on the local supplies, which will also help it progress towards its stated goal to be water positive by 2030. But those projects are still being tested.

We've asked Microsoft, and Google (which also has large data centers in North Holland) for more information about actual water consumption in 2021 and 2022.

Some data center spokespeople complain that the industry gets a lot of attention, when other sectors are doing worse.

That statement may have some truth, with data centers often gaining outsized attention. But it's not a wholly sufficient response in a time of crisis.

A CEO or celebrity might just as easily say their private jet produces a small amount of emissions compared with the global aviation sector. More pointedly, a small farmer in Zeeland might say that their tomatoes only need a small amount of water, compared to larger neighbors, so they should be exempt from the current irrigation ban.

The point is: We are in a climate emergency. And this year, that includes droughts in places including the Netherlands.

Under these conditions, everyone is a legitimate target for media scrutiny, and everyone has a responsibility to play their part. That includes being transparent about what they are doing.

This industry has a lot that it rightly wants to talk about - water storage initiatives, renewable energy purchases, and more. But they cannot be discussed in a vacuum, without disclosing the real-world impact of our infrastructure.

That impact, too, needs the context of the wider consumption of other industries and communities. But that context cannot be used to excuse any of our own habits.