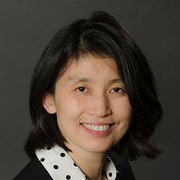 At full capacity, servers within a modern “hyperscale” data center can use as much power as 80,000 households. Globally, the International Energy Agency (IEA) reports that data centers consume over one percent of the world’s electricity today – not counting bitcoin miners – while a further 1.14 percent is used for data transmission.

Looking ahead, the industry is expected to grow at a compound annual growth rate of 4.95 percent with some estimates suggesting that annual electricity demand for information and communication technology could grow to as much as 8,000 TWh by 2030, equating to 20.9 percent of projected electric demand.

The dramatic increase in electricity demand for data centers is matched only by the bold commitments to renewable energy made by data center operators. Equinix, for example, has stated that it has a “long-term goal of using 100 percent clean and renewable energy for our global platform.” In 2021, the company joined the Climate Neutral Data Centre Pact, committing to carbon neutrality by 2030. Meanwhile, Google has said that it wants to see “a world in which backup systems at data centers go from climate change problems to critical components in carbon-free energy systems”.

Meeting these ambitious goals presents two challenges, both of which can be solved with a single solution. The first problem is that, even as data center operators make significant investments in wind and solar energy, they are still connected to an energy grid primarily powered by fossil fuels, and rely upon the grid’s energy mix when the sun is not shining and the wind is not blowing. The second problem is that back-up power is typically provided by diesel gensets that are 100 percent fossil fueled and highly polluting. The single solution is the addition of long duration energy storage systems to ensure that data centers operate with 100 percent renewable energy 24x7 and mitigate the need for diesel backups.

It is no coincidence that, as reported in Datacenter Dynamics in February, Google and Microsoft recently joined The Long Duration Energy Storage Council, a CEO-led industry group with a mission to replace the use of fossil fuels with zero carbon long-duration energy storage. Google has also been active in pioneering battery energy storage for its hyperscale data center in Belgium and will soon install the first ever battery-based system for replacing generators at such a facility. This is planned to both eliminate the need for diesel back-up power to keep the servers running (Google estimates that worldwide there are over 20 GW of back-up diesel generators in service across the data center industry) but also to provide a resource to strengthen the Belgian grid.

While commitments to a carbon neutral future appear straightforward on paper, designing systems that can deliver 100 percent renewable energy 24x7 is challenging. The primary obstacle to date has been the availability of a technologically and economically viable option for energy storage that can provide clean power when the wind is not blowing, and the sun is not shining.

A new generation of energy storage technologies is coming to market that can deliver long-duration energy storage at about half the cost per MWh compared to Li-ion technology, are non-flammable and non-toxic, and don't rely on rare earth minerals

Even with the decline in price of lithium ion (Li-ion) batteries over the past two decades, it remains an expensive option for commercial-scale energy storage, particularly when power is needed for durations longer than four hours. In addition to poor economics, Li-ion technology poses additional challenges including a risk of fire and reliance upon critical minerals. The supply chain for critical minerals runs through politically unstable parts of the world and is known to be environmentally and ethically problematic.

The good news is that a new generation of energy storage technologies is coming to market that can meet those challenges. One of the most promising is iron flow battery technology. Backed by Bill Gates’ Breakthrough Energy Ventures and already commercially available, iron flow batteries deliver long-duration energy storage at about half the cost per MWh compared to Li-ion technology. And iron flow batteries are not reliant upon rare earth minerals and are non-flammable and non-toxic, making them a safe, sustainable and ethical alternative.

Powering the digital infrastructure of the future

Meta recently abandoned plans for a 410-acre data center in the Netherlands after complaints that it would consume too much energy. The 70 data centers in Ireland already represent 11 percent of total electricity demand; a recent report from Eirgrid, Ireland’s state-owned grid operator, shows that this is expected to increase to almost 30 percent by 2028. Finding a path forward that enables the continued development of the digital infrastructure on which modern society relies, without placing an undue burden on energy infrastructure or the climate, is a critical challenge for data center operators and grid planners.

But today, they have a new tool in their toolbox: economical, sustainable long-duration energy storage from iron flow batteries. When paired with wind and solar energy resources, these systems enable data center operators to cost-effectively utilize renewable energy. By integrating long-duration storage into data center projects, operators will be able to not only deliver environmental benefits, but support a stronger energy grid for all energy consumers.