Twelve companies including Microsoft and Google have joined the Long Duration Energy Storage (LDES) Council, a body set up at COP26 in November to promote larger energy storage technologies that can balance the electric grid.

Because renewables are generated intermittently, the world needs large facilities to store energy for eight hours or more, to be used at times of peak demand. The LDES how has 13 "anchor" members, which include new arrivals Microsoft, Google, Danish energy company Ørsted, Corre Energy, and Sumitomo, alongside founder members including BP, Indian renewable energy firm Greenko and Rio Tinto. 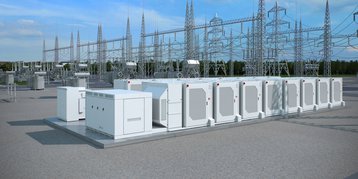 Keeping the lights on

"The world is not on track to limit the rise in global temperature to 1.5° Celsius," says the Council in a White Paper. "To achieve the commitments made in the Paris Agreement, significant efforts must be made to reduce emissions across all sectors. The power sector, which accounts for roughly one-third of global emissions, will be central to global decarbonization, with many suggesting that it will need to achieve net-zero emissions by 2040."

The paper adds: "There is a lot of potential in using LDES in off-grid systems, which have a lower level of flexibility and currently rely heavily on fossil fuels. But by far the largest proportion of deployment is expected to be related to the central tasks of energy shifting, capacity provision, and T&D optimization in bulk power systems."

By 2040, the Council says the world needs to be able to store up to 10 percent of all electricity generated, which would require 85–140 TWh of energy storage, able to deliver power at 1.5–2.5 TW. That's 400 times more energy storage than we have today.

This will only happen if long-term storage systems fall in price by 60 percent (similar to the price changes in wind turbines and other green grid essentials), the council says. Over the next 20 years, that will need an investment of between $1.5 trillion and $3 trillion. This sounds a lot, but the electricity sector already spends this much every two to four years in its transmission networks.

The organization says its members now total 36, representing all aspects of energy transition, including technology innovators, equipment providers, energy developers, utilities, grid operators, investors, and end-users. They are based in Australia, Canada, Europe, India, the Middle East, and the United States.

Maud Texier, Carbon Free Energy Lead at Google, said: “At Google, we know that achieving 24x7 carbon-free energy will require improving and diversifying our technological toolkit, and we view long-duration energy storage as a key pillar on the path to a carbon-free future. We are glad to be an anchor member of the LDES Council, to help accelerate innovation and deployment in this important space.”

Osvaldo Morales, CTO at Microsoft, said: “Decarbonising hard-to-abate industries and technologies will be essential to achieving our carbon reduction goals by 2030, and Long Duration Energy Storage solutions could play an important role in delivery of flexible power to enable renewables.”

Other tech companies include: Magaldi, a process company; EnerVenue, which makes nickel-hydrogen batteries; VoltStorage, which makes flow batteries; SENS, which is a Stockholm based energy storage firm; and thermal battery businesses KraftBlock and Kyoto Group.