Time to reassess your IT architecture? 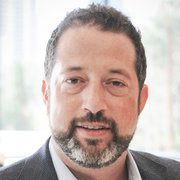 If COP26 was anything to go by, Egypt was always going to have its work cut out to convince everyone that another conference on environmental pledges is going to do the world any good. COP27, which kicked off at the Red Sea resort of Sharm El Sheikh on the 7th of November, promised to “accelerate action” but there were fears that it was more of the same. As climate activist Greta Thunberg said when mocking the conference last year, it can all be a bit “blah, blah, blah.”

For businesses and CIOs in particular, this may seem a little arbitrary. Faced with rising energy costs (among other costs), skills shortages, volatile economies and global supply chain glitches, they could be forgiven for not paying COP27 too much attention. And yet when it comes to NetZero, setting targets and putting in place decarbonization plans, most organizations, certainly in the UK, France, Germany, Canada and Japan, according to NetZero Tracker data, are keen to get involved.

The problem arises on credibility and those organizations’ ability to do something positive.

NetZero Tracker found that about two-thirds (456 out of 702) of corporate pledges do not yet meet minimum procedural standards for target setting. In short, organizations are not doing it right or certainly not doing enough. It’s a tricky one to balance. As McKinsey suggests, reaching NetZero by 2050 could entail a 60 percent increase in capital spending on physical assets, compared with current levels.

For CIOs this becomes a big headache, especially as the finger is routinely pointed at technology as the major source of emissions and energy consumption within a business. Greenpeace’s 2019 prediction that by 2025, the IT sector could be consuming as much as 20 percent of the world’s electricity still hangs heavily [Though Greenpeace gave no source for the estimate, it may have derived from a number of studies - Editor].

Technology is fundamental to modern digital businesses but it is also part of the environmental problem.

Data centers in particular, have carried much of that burden, despite delivering significant energy efficiency improvements over the past decades. The sector is one of the most advanced in terms of energy efficiency and decarbonization, but it is also one of the industries in constant demand. In EMEA alone, data centers consume over 90TWh per year with an emissions level equivalent to roughly 5.9 million vehicles (27 million tonnes CO²e). Action here can have a huge impact on climate change but has to be tempered against the need for businesses to compete effectively in increasingly digital marketplaces.

Understanding how different data center technologies compare when it comes to the pros and cons of helping to deliver NetZero is therefore important. Of course, organizations would do well to improve their overall data management, certainly when it comes to what Gartner calls ‘dark data’. Storing and paying for data that is not being used (I’ve seen some estimates put this at a whopping 70 to 80 percent of data) is a waste of money but also a major contributor to emissions.

But getting that data infrastructure right is now key for all organizations. The increased reliance on cloud-based products and services is only adding to the urgency, so we commissioned a report to look into the benefits and risks of different infrastructures to try and determine existing consumption and emissions but to also model future impacts.

As demand for CIOs to provide detailed data center carbon emissions data to future corporate and legal reporting requirements increases, so the pressure for positive action will only increase

This report, by Atlantic Ventures, Improving sustainability in data centers found that alongside automation, innovative cooling systems and renewable energy, the transformation of traditional 3-tier architectures towards next generation models, such as hyperconverged infrastructures (HCI) [as sold by the report sponsor, Nutanix - Editor], will be key to realizing the savings potential in data center energy consumption and carbon footprint

Measurable benefits can be achieved across a range of organizations, from large scale hyperscalers and managed service providers to large enterprises and small businesses. Given recent numbers from Statista claiming that hyperscale data centers have doubled their energy demand since 2015, this could be key for cloud.

The Atlantic Ventures report based on a model company and calculation found that next generation HCI architectures would have the potential to actually reduce energy consumption and carbon footprint by roughly 27 percent per year. Across EMEA, this sort of transformation could potentially reduce energy consumption by 56.7 TWh and cut emissions by 14.2 million tonnes of CO²e by 2025. In the UK, this would mean 8.1 TWh of energy saved and a reduction of 1.8 million tonnes of CO²e, roughly the same as taking 400,000 cars off the road.

The report also found that large-scale co-location data centers offer a much lower PUE (Power Usage Effectiveness) factor than typical on-premise facilities. Switching these to HCI architectures could boost the energy savings potential towards 30-40 percent. Next-generation co-location data centers could also provide access to renewable energy through long-term Power Purchase Agreements (PPA) and so contribute to the NetZero goal without having to invest in CO2 certificates. Businesses planning the move towards an HCI architecture within their own on-premise data centers could also evaluate next generation cooling technologies as energy prices rise.

These are good wins for CIOs and any organizational NetZero targets. As demand for CIOs to provide detailed data center carbon emissions data to future corporate and legal reporting requirements increases, so the pressure for positive action will only increase. This, of course, has to be balanced with the growing demand for digital applications. Everything from autonomous manufacturing processes through digital twins, robotics and advanced analytics, to autonomous driving, networked mobility services, eCommerce and hybrid working will make huge demands of data centers. Getting that infrastructure right now, in terms of scalability but also in terms of energy consumption and emissions is key. Not just for the future viability of the business but also for the sake of the world in which we live and work.