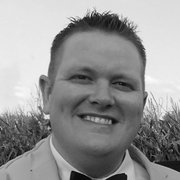 Use controls and sensors to manage delta T

In a previous post on this site, my colleague Steve Madara made the case that the current practice of managing data center thermal conditions based on pressure differential is outdated and inefficient. This practice arose in the early days of raised floor data centers and included selecting floor tiles based on different percentages of perforation to manage airflow to racks.

Today, that form of thermal management is still being used in both raised floor and non-raised floor data centers despite the fact that it typically drives fan speeds too high. In addition, it provides no way to manage temperature-related service level agreements (SLAs), which have become common in colocation data centers.

The alternative is to manage to delta T — the temperature differential between the cool supply air entering the data center and the warm air returning to cooling units. This approach allows data center operators to minimize the higher-than-necessary fan speeds common in the delta P approach and consistently manage thermal efficiencies to the design intent of the system.

Adding temperature sensors in front of equipment racks provides visibility into rack-level temperatures that can be used in conjunction with the delta T measurement to ensure temperature SLAs are being met. The delta T is adjusted based on rack temperature needs, and the control system recognizes and generates alerts when operating parameters deviate from the design intent.

With the emergence of the delta T control strategy and continued pressure to manage to SLAs, temperature sensors will play an increasingly important role in data center management, not just in monitoring but in control. How sensors are deployed can have a significant impact on their value and return on investment (ROI). Here are three tips for getting the most out of data center temperature sensors.

1 Create the foundation with intelligent controls

This may be obvious, but I’ll say it anyway: If you want to use temperature sensors as part of your control strategy, you need a thermal management control system with the intelligence and functionality to execute that strategy. This means unit-level controls capable of automating cooling system routines and a supervisory control system that can manage conditions across the data center. The implementation of a supervisory control system, such as the Vertiv™ Liebert® iCOM™-S, has been shown to improve cooling system efficiency by 25-35 percent, delivering significant value whether used with or without temperature sensors.

Our homes and offices are making extensive use of wireless technologies in systems such as smart thermostats and voice recognition systems, so why aren’t we applying this same technology to one of the most technically sophisticated environments in the world?

Compared to wired sensor networks, wireless sensors are easier and less expensive to deploy and increase operating flexibility, particularly in data centers that aren’t fully populated at the time of deployment. With wireless sensors, you can add new sensors as equipment racks are added and the sensor network can adapt to layout or configuration changes without the need for rewiring.

Newer wireless sensors feature batteries with longer lifecycles than previous generations and also include options such as extended battery packs and micro USB-to-USB power. Extended battery packs can increase battery life by up to 280 percent. Or you can eliminate battery dependence entirely by powering sensors using the micro USB-to-USB connector.

Regarding functionality, sensors should include temperature and humidity measurement in the same enclosure. Having the ability to monitor door closure through the sensor can also be a plus in many applications. To ensure data security, look for sensors with features such as proprietary data packet validation, layered encryption, and required user approval before incorporation into data and controls logic.

3 Eliminate layers between data and where it is being used

Eliminating layers between the management system and sensor data simplifies deployment and reduces costs. In a typical monitoring application, sensor data is transferred from the cooling unit to the monitoring card to the network switch to the building management system (BMS) and finally to the monitoring system. When deploying sensors for control, it’s best to work from the sensors upstream. The simplest approach is to connect sensors to a gateway, which then connects directly to the supervisory control system, eliminating multiple layers of integration. In addition, when installing sensors across multiple sites, you eliminate local variations in how data is integrated with the BMS because you have a single software system for all installations.

As for the sensors themselves, take time to evaluate where sensors should be located to enable the control strategy. While the America Society of Heating, Refrigerating and Air-Conditioning Engineers (ASHRAE) recommends putting sensors every third rack with three measurement points per rack, that may not be necessary in all control applications. We’ve had customers successfully deploy temperature-enabled control strategies with sensors located every five racks with one or two measurement points per rack. Your control system and sensor provider should have the data center thermal management expertise to help you configure the network to ensure the right amount of data is generated at the lowest cost.

Temperature SLAs aren’t going away, and the only way to be sure you are managing to SLAs is by measuring conditions at the rack. Deploying wireless temperature and humidity sensors supported by a supervisory control system allows you to shift from an inefficient delta P control strategy to the more efficient delta T approach, while precisely controlling temperature at the rack. For more information on thermal management using delta T and temperature sensors, read the Vertiv white paper entitled Overcoming the Challenges in Cooling Non-Raised Floor Data Centers.