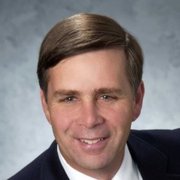 Eliminating the use of a raised floor simplifies data center design and construction, enabling faster deployments at lower costs. That’s almost a necessity today as cloud and colocation providers race to meet the growing demand for data center capacity.

But while non-raised floor data centers have become the design standard, the control strategies for maintaining temperature and airflow at the rack are still being unduly influenced by practices developed to leverage conditions created by the raised floor.

This is complicating control, creating inefficiencies and making it harder to manage to SLAs. It’s also no longer necessary. New control strategies have recently been developed that are both simpler and more effective.

Find out how to keep up with the colocation demand with optimized cooling strategies designed by Vertiv.

The root of the problem

I’m sure many remember how airflow was managed in raised floor data centers. The challenge of delivering the right amount of air to each rack was addressed through the specification of floor tiles. Floor tile manufacturers developed charts that correlated airflow based on the percent of perforation on a particular tile and the pressure differential across the tile.

If more air was needed at the racks, you either selected a tile with larger openings or added tiles in the cold aisle. If more airflow was needed across the whole space, you could raise the pressure delta by increasing the cooling unit airflow (fan speed).

Measuring the pressure within the contained, uniform space beneath the floor is pretty straight forward and works for fully or partially populated rooms because overall airflow control is managed with the floor tiles.

Perhaps because this method was so effective, or maybe just so deeply embedded as a best fan speed / airflow control practice, it became the default approach for non-raised floor data centers using the delta P (pressure differential) across the hot aisle containment. However, without the airflow control provided by the floor tiles, there is not an accurate airflow metering method for each server rack.

You also have completely different airflow patterns in a non-raised floor data center, especially when hot aisle containment is used. Instead of moving air in the underfloor “duct” to an open floor tile in front of the rack, you are now blowing air down the cold aisle in front of all racks. The high air velocity at the beginning of the cold aisle reduces at it gets to the end. This creates large pressure variations down the row, making it difficult to establish a good pressure measurement point.

It is possible to deploy multiple pressure sensors and calculate an average pressure for the entire space. However, this is complicated and the fundamental problem remains: pressure is not a reliable surrogate for airflow since there is no direct relationship with the airflow needed at each rack.

Therefore, delta P becomes an arbitrary measure that doesn’t necessarily reflect required airflow at the rack, and you can never be sure whether you are providing enough or too much airflow.

Temperature is a better measure

An alternate method to ensuring the right airflow is delivered to each rack is to measure the temperature up and down the cold aisle. Generally, you set a temperature control point at around 2 degrees F above the supply air temperature leaving the cooling unit. This will tell you if enough airflow is reaching each rack without warm air recirculating back to the front of the rack.

This approach takes into consideration numerous failure conditions like blocked cold aisles and provides monitoring to make sure you have the right temperatures to meet temperature SLAs. In the end, you are controlling the airflow to a temperature that can be linked to an SLA versus pressure, which can only determine whether you have a positive pressure between the cold and hot aisles.

When a data center is designed, system efficiency is based on the defined cooling system operating points. Almost universally, cooling system airflow control methods today drive the fan speed, and thus the airflow, too high. The result is wasted fan energy and poor cooling unit efficiency because of lower-than-design return air temperatures. By controlling the system to the “design intent” with a delta T control method, the thermal efficiencies are more aligned with expectations.

When we couple this process with the temperature measurement at the rack, we can manage to the design Intent or design system efficiency while also ensuring we are meeting all temperature SLA requirements. In this method of control, the delta T is adjusted based on remote rack temperature needs but alerts us when we deviate from the design intent point.

Maintaining proper environmental conditions within non-raised floor data centers doesn’t have to be complex if you use the right metric in your control strategy. For more information on controlling data center cooling using delta T, read the Vertiv white paper, Overcoming the Challenges in Cooling Non-Raised Floor Data Centers.