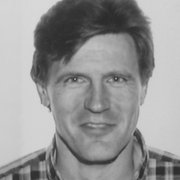 Choosing a fire protection system should not be considered something of an insurance box-ticking exercise, since the consequences of making the wrong decision can be devastating and costly

Fire protection in data centers has evolved significantly in recent years, with new technologies, plus changes to the regulations governing fire protection. Gone are the days of being able to use Halon-based systems. Now, there is a whole new generation of fire protection systems in play. This is a good time to review fire protection requirements.

Data center owners or managers may have specific industry challenges, such as protection of valuable server equipment. Downtime in the event of a fire outbreak can be catastrophic, and business continuity is a top priority. Plus, while personnel in data centers tends to be minimal, there may still be staff on-site who need to be protected, so use of fire suppression agents with a high margin of safety is critical.

So far, so obvious, but there are other issues to consider when choosing or specifying a fire protection system and they may not be high on a data center manager’s priority list.

Understandably so: it is not an everyday purchasing decision, nor should they need to become experts in the options available. It is important, however, that choosing a fire protection system is not considered something of an insurance box-ticking exercise, since the consequences of making the wrong decision can be devastating and costly.

Fortunately, an understanding of the basics of fire suppression, plus current legislative requirements and types of system available, goes a long way towards finding a fit-for-purpose fire protection system for a data center. 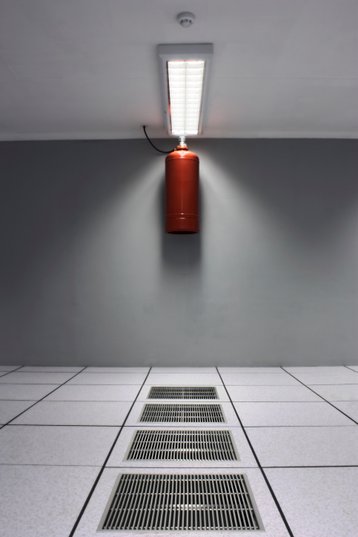 A good starting point is to understand the main system techniques commercially available today. We’ll start with aqueous-based systems. Water sprinklers play an important role in saving lives and protecting infrastructure, but the impact of water damage on valuable servers and other assets means they are not often first choice for the data center market.

Discharging water in an enclosed space can also increase humidity beyond safe levels and in turn, this can lead to further problems, such as hard disk drive performance problems or even failure. Guidelines vary, but according to the American Society of Heating, Refrigerating and Air-Conditioning Engineers (ASHRAE), equipment should be powered down when humidity levels exceed 80 per cent.

Another option is inert gases, usually involving argon and nitrogen or a mixture thereof, which are based on removal of the oxygen feeding the fire. Once discharged (which can take up to a couple of minutes), large quantities of gas displace the air and deprive the fire of its oxygen. Extinguishing generally takes around 30 seconds. Inert systems require more containers to be shipped, handled and installed, requiring a greater system footprint than other clean agent solutions.

A third option is synthetic ‘clean’ agents, which includes hydrofluorocarbon (HFC)-based products and others, such as perfluoroketones. Although clean agents vary in their product characteristics, they are commonly electrically non-conductive, gaseous material that extinguish a fire by absorbing heat rather than removing oxygen. They can act fast (for instance, discharge within 10 seconds and the fire extinguished within 30 seconds), generally before reaching the flame stage.

For data centers, clean agents have four big plus points: first, because they are non-conductive, they are safe to use around powered equipment, so no shut-down is needed. Second, once evaporated, they do not leave any residue, nor cause corrosion. Third, generally they have a larger margin of safety towards people when compared to inert gases, and fourth, they use less space compared to systems using inert gases.

Beyond the way in which a fire is extinguished, the speed of extinguishing and the impact on data center equipment, there are some other important factors to consider. One that is often misunderstood is standards compliance. While the individual components of a fire protection system may have been tested to the necessary standards, that is not enough. Standards compliance needs to be on three levels: component, system and installation. It is essential to use only systems that have a system approval/certification, otherwise not only could insurance be invalidated, but the system itself may not work as intended. That is a very real risk, so questions about testing and certification are important ones to put to the fire system installer or specialist being used. Standards of which to be aware include NFPA 2001, EN15005 and ISO 14520.

There is a lot more to the lifetime cost of a fire protection system than just buying filled containers and getting them installed. The end-user with the longer-term view probably should be more concerned about Total Cost of Ownership, which covers space/footprint of containers, frequency of discharge, refill costs, lifetime of system (10, 15, 20 years?): all of these affect the total cost of ownership. In data centers, a big factor is the impact of a fire protection system on available space. The number of containers required will vary according to how well they can cover an area: the less the range, the more containers required. Using high-pressure systems helps to increase the range of a container, but this can come at a cost, for instance larger or extra pipework.

One of the benefits of high-pressure systems is that containers can be located away from the area being protected, with selector valves used to direct the discharge to the affected risk. However, that means pipework and a dedicated storage area, which can take up valuable real estate. To ensure peak performance, containers also need to be regularly maintained and depending on the type of system manufacturer, the frequency and associated cost will vary. This may not be a significant issue where there are half a dozen or so containers for a system using a synthetic clean agent, but for a system using inert gas, having five-six fold the containers in a large data center facility, or multiple facilities on a campus, the associated maintenance costs per annum can quickly stack up.

Legislation and the environment

Perhaps where we have seen some of the biggest changes in fire protection has been legislation that reduces or even prohibits the use of some established fire protection solutions. That Halon-based systems are no longer viable is something of which most people are probably aware. More recently, regulation impacting future use of hydrofluorocarbon (HFC)-based systems, which were introduced some years back as an alternative to Halon, is now starting to impact the market in earnest.

In recent times, we have seen an expansion of environmental, health and safety legislation going beyond toxicity to ozone depletion and climate change. Although HFCs are not ozone depleting, they have relatively high global warming potentials (GWPs).

The European F-Gas Regulation is dictating a very aggressive phase-down of HFCs compared to a slower pace for the rest of the world under the Montreal Protocol, (global agreement). Nevertheless, in October 2016, delegates from 197 countries reached a landmark deal to phase-down use of HFCs, the fastest growing greenhouse gases commonly used in fire suppression equipment. Some regions, including the USA, must start cutting use of HFCs as early as 2019. Given that fire suppression systems have a typical lifespan of 25 years, this has an impact on the purchase of new and use of existing products that use HFCs, such as HFC-227ea.

Therefore, both the fire suppression supply chain and its customers are turning more attention to other clean agents.

Environmental obligations have jumped up the priority list for many data center owners and are no longer just a ‘nice-to-have’ but are now non-negotiable. Against this needs to be balanced total cost-of-ownership, business continuity, protection of valuable data center assets and above all, effectiveness and speed of fire suppression. The good news is that while there is a lot to consider, there are also a lot of options, with fire protection technology evolving all the time. There is a fire protection system suitable for just about any environment, within data centers and beyond.