Efforts to reduce the impact of climate change by limiting greenhouse gas emissions could have a big impact on data centers, causing changes to one of their main components - the chillers.

While many data centers aspire to free cooling (just using the outside air temperature) that’s not possible in all locations all year round, so data centers will usually have some form of air conditioning unit to cool the IT equipment.

Air conditioning systems have come under fire for their environmental impact - and a major component of this is the global warming potential (GWP) of the refrigerants they used. Rules are coming into force that will reduce the use of current refrigerants, and replace them with more environmentally friendly ones - while having a profound effect on equipment used in data centers. 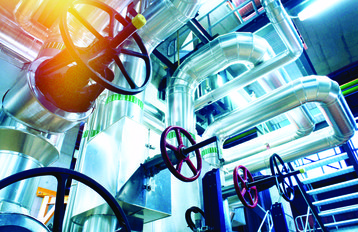 The HFC refrigerants used in chillers are being phased out because of their high GWP. The effect is to increase the price of HFCs and push vendors towards other chemicals. So it seems equipment makers will have to put up the price or use new refrigerants.

Sticking with the current F gas rules, each year the price of HFCs will go up, and the pressure to change will increase. The trouble is, the replacements have drawbacks.

They are generally more expensive. More surprisingly, the replacements are flammable.

Why would international environmental rules demand we use flammable liquids in AC units? Natascha Meyer, product manager at Stulz, explains it is actually inevitable: “A low GWP means that the refrigerant degrades rapidly as it enters the atmosphere. The only way to ensure this is to make it chemically reactive. However, high reactivity also generally means high flammability, entailing safety risks for people and machines.”

There are some products which have a low GWP and relatively low flammability, but they are possibly more unacceptable, says Roberto Felisi, product marketing director at Vertiv, because they are toxic: “There is a lobby in northern countries pushing for the use of ammonia. Ammonia is natural, and not flammable, but is it safe? Would you allow ammonia in your house?”

As well as being toxic, these fluids can be expensive. Meyer says one of the possibilities, R1234yf is out of the question: “It reacts with water to form hydrofluoric acid […and] its sparsity on the market makes it too expensive at present.”

The best possibility is R1234ze. It is possible to modify chillers to work with this fluid, but there are still issues, says Meyer: “We have specially modified the CyberCool 2 to work with this refrigerant. However, R1234ze has a low volumetric cooling capacity. Consequently, a chiller that originally delivered a cooling capacity of 1,000kW over a defined area now achieves just 750kW over the same area.”

The modified chillers are less energy efficient, and customers need larger units that take up more space - which may be a serious consideration in a built up area. So companies will continue to buy, and maintain, chillers based on R134a and R410a, and face the impact of the F gas regulations.

They will have to pay more for refrigerants, and these price changes will be unpredictable. Meyer warned that users might have stocked up in 2016, and sure enough the big price increase was delayed. As Felisi says in 2018, “the price has gone up much more than we forecasted. The price of 410a went from €7 to €40 (US$8-46) per kg - something like a five times increase.”

It’s possible to overstate the current impact of course. As Felisi points out: “The cost of refrigerant is only a few percent of the price of running a chiller.” However, that cost will keep increasing. In the long term, it may mean existing chillers will have higher maintenance costs, and may be replaced sooner.

These cost changes may be harder to bear for smaller manufacturers, while larger manufacturers may be able to use their purchasing muscles to get hold of F gas more cheaply, and compete to maintain and replace those older systems.

Taking the longer term approach of changing the refrigerant, it is possible to blend coolants, and bring down the GWP from say 1500 to 600, says Felisi, with a coolant that is “mildly flammable.”

This will have an impact on data center design - making split systems less popular and boosting the prospects of systems which circulate chilled water.

Split systems have evolved, which circulate refrigerant to provide localized cooling, even putting the actual cooling into the racks, have seemed a good idea. However, they have long pipes, which need a lot more refrigerant, so they will become too expensive (or dangerous if more flammable coolants are being circulated).

“In a split system, you might have 100m of piping,” says Felisi, estimating that refrigerants could be as much as ten percent of the running cost of a split system. “Split systems have become much less viable.”

The most likely result of the regulations will be to reinforce an existing trend towards placing air conditioning units outside the facility and circulating chilled water within the site. This keeps the volume of refrigerant down, and avoids circulating flammable material in the white space areas.

“We see an increased use of chilled water solutions,” says Felisi. “In a chilled water system, the refrigerant is installed in a packaged unit, outside the building.” This move also potentially improves efficiency, as it is easier to combine external chillers with adiabatic evaporative cooling systems.

Of course, the use of water has drawbacks, as it may be expensive or in short supply in a given location.

As with all environmental decisions there are trade-offs. Increasing water use in order to reduce the impact of the refrigerant might have a negative environmental impact in some locations.

Meanwhile, a move which pushes data center builders to use less efficient chillers will mean that data centers will consume more energy (and possibly have a higher carbon footprint) in order to reduce their impact from their refrigerants.

Chillers currently use HFCs - fluorinated hydrocarbons - which have a GWP thousands of times larger than carbon dioxide. The two main culprits are R410a, used in systems up to a few hundred kW, and R134a, used in larger systems.

If this gives you a sense of déjà vu, that’s because refrigerants have been changed regularly on environmental grounds. HFCs themselves only came in as a replacement for CFCs (chlorinated hydrocarbons) which were banned for a different environmental impact: they depleted the ozone layer.

“A few years ago, we passed from R22 then we made a change to R47c, then the industry changed to R410a,” says Roberto Felisi, product marketing director at Vertiv. “So it is the third time we changed refrigerant in 15 years.”

This time, the refrigerants are being phased out gradually, using the 2015 “F gas” regulations in Europe which set a cap on the amount that can be produced and sold (or imported) by the large chemical companies that supply the products.

That’s just a European rule, and one response is for manufacturers to ship units empty if they are going outside the EU, to be filled on arrival.

However, a global agreement to cap and reduce F gases was passed in Rwanda in 2016, and should start to come into force from 2019. It’s worth remembering that data centers are only a small part of the air conditioning market, which is dominated by “comfort” air conditioning. The whole market is so large, and the global warming potential of HFCs is so extreme, the Rwanda deal was billed as the greatest single step in heading off global warming.

It is possible that the Trump administration in the US might become aware of the Rwanda deal and back out of it, as it did with the Paris agreement on climate change. However, at present, it remains in place.