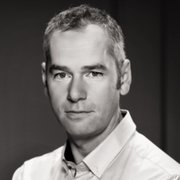 We’re now in a situation where cloud service and telco providers are experiencing unprecedented demand, causing concern for the many data center operators that are hosting these and other services

With the UK still under lockdown, we’re increasingly seeing that coronavirus is having a significant effect on the services that we use for our home and working lives. Analyst firm Nielsen estimated that Netflix and YouTube streaming traffic has increased by 60 percent - necessitating a reduction in streaming quality, while Kantar indicates an estimated 70 percent increase in web browsing.

Working from home has also placed new demands on hosted service providers, as working patterns evolved quickly to remote working. Microsoft has reported that its Teams collaborative working platform has seen a 200 percent increase in meetings, while video calls have seen a 10x increase since the start of March. And it’s not just Microsoft. Video service Zoom has grown from 10 million users in December to around 200 million, effectively pivoting from just a conferencing app to what is now a global social network for the pandemic.

Network service providers are also being challenged. BT estimates that its daytime weekday traffic has increased by 35-60 percent, while Vodafone has reported a 30 percent increase in Internet usage across both its fixed-line and mobile networks – and that’s without any football streaming!

So, we’re now in a situation where cloud service and telco providers are experiencing unprecedented demand, and that’s certainly causing serious concern for the many data center operators that are hosting these and other services. Before the Covid-19 outbreak was even a factor we knew that even the best data centers still have power and capacity challenges, and that cooling issues accounted for almost a third of unplanned data center outages. Despite these concerns, less than five percent of data center managers were actually gathering the data they needed to effectively manage their thermal performance.

It’s against this background that we need to consider the exceptional impact that the pandemic is continuing to place on data centers. Maximizing data center performance is complex enough during normal conditions, so it is definitely the case that ongoing optimization is going to even more challenging while data center teams work to accommodate all the sustained added pressure on their hosted services. 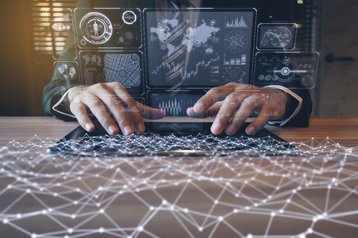 What’s clear is that data center teams – facing unprecedented levels of demand for services – continue to need help during the lockdown period, particularly as it’s difficult for anyone but essential staff to work on site. Many operators have restricted access, while others closed their facilities to customers, contractors and other external visitors. This is making it challenging for organizations to ensure business continuity while at the same time dealing with the day-to-day reality of site lockdown - such as having staff absent through self-isolation, ensuring social distancing within data center rooms, as well as managing the resource implications of split rosters.

Because operations are doing everything they can to reduce staff exposure to potential Covid-19 infection, this is inevitably leading to a drop in the kind of critical facility walkthroughs that are so important for ongoing risk reduction. And with heightened levels of customer demand leading to increased pressure on energy and thermal performance – particularly as we move into warmer weather - new approaches to monitoring become even more important.

The good news is that data center ops teams increasingly don’t need to be on-site to monitor thermal performance. By building immersive 3D digital twins of their fully-sensed data center, team members can monitor their sites remotely – enabling them to ensure management to ASHRAE KPIs and gain early insight and alerts into any concerning thermal and cooling metrics. This kind of control is clearly beneficial when data center operators have more limited resources in place.

While the challenges of the initial lockdown phase will inevitably ease in time, organizations still need to recognize that all their efforts in terms of balancing increased data center loads and business continuity during the immediate shift towards remote working are only the start. With many organizations committing to ambitious net zero carbon reduction targets, data centers clearly have a key role to play. But those that reacted to increased thermal pressures during lockdown by simply throwing more cooling at the problem are likely to find their increased cooling energy consumption coming under scrutiny.

Clearly the best practice bar for thermal optimization will continue to shift – particularly as almost a third of unplanned data center outages are still accounted for by cooling issues. Looking forward the smarter operators will be those who not only successfully balanced workload and availability during lockdown, but who are now applying the same level of focus to optimizing the ongoing thermal performance of their data centers.