Power and control at the Edge - Is the battle only just beginning? 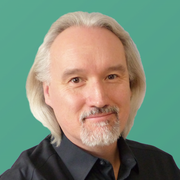 As the balance in data infrastructure tilts from the core to the edge, a new battle is set to rage. What are the challenges and how might it play out?

There’s a rising tension we’ve been noticing. It seems like (and, of course, our sample may be biased) every medium to large organization we talk to of late isn’t happy with the state of their relationship with one or more of the public cloud vendors they are doing business with. The reasons they state, though, are not purely based upon a single factor (like performance, for example). 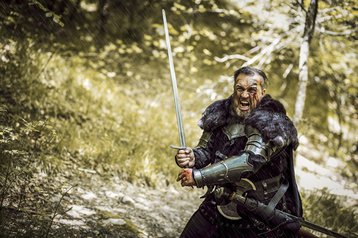 A major cloud computing battle is about to break out – Gioele Fazzeri, Pixabay

For me, at least, it is beginning to feel like the opening salvos of a battle for control, power and ownership over the customer and their data.

The cost of cloud

What we hear from the organizations we talk to, time and again, is that the monthly bill they receive from their cloud providers is out of control. All that data ingress was fine, but when the egress charges started climbing they found themselves trapped in a relationship from which it’s hard to escape, and where power dynamic is firmly weighted in favor of the provider.

And, as anyone who has ever tried it will tell you, dynamically switching existing applications between public cloud providers is anything but simple. Don't get me wrong, there’s immense value in having public cloud as part of your strategy. The sheer speed with which developers can independently spin-up an environment, develop and provision solutions is deeply attractive. Plus, the cloud’s ability to also provide an elastic buffer of performance, when needed, is extremely compelling and valuable.

But all that said, the lock-in is very real.

The shift to the edge

My colleague Craig Chadwell wrote a great post recently about the rise of edge computing (you can read it here if you haven’t already).

For the public cloud guys that poses a challenge. For edge deployments to be successful the laws of physics dictate that you need to place high performance, low latency infrastructure close to where the data is being created and used. Cloud providers are hyperscalers at heart, though. They thrive on the economies of scale that massive data centers can bring when you build racks out by the square mile. Edge (and hybrid cloud) has led to the rise of satellite edge infrastructure options to be offered by AWS et al, providing an on-premise extension of your cloud instance (Azure Stack and Outposts being a couple of examples).

The problem is, of course, if I’m trying to loosen the grip that any one cloud provider has on my organization, the LAST thing I want to do is start hosting their kit (kit I have no real direct control over) on premise.

The notion of cloud services being built upon ‘bulletproof’ infrastructures, immune to downtime, have taken quite a knock of late. Who wasn’t affected by at least one of the recent outages at Azure, AWS, Slack, Facebook, WhatsApp or Instagram?

As organizations increasingly rely on cloud services for their infrastructure it seems they are also increasingly concerned about just how many eggs they have in a single basket, and just how fragile some of those baskets really are. Many are thinking about how they can build a more resilient infrastructure, one that reduces reliance on any single vendor at the core, and some of the more progressive are thinking about the shift to the edge as an opportunity to address just that.

The monthly bill they receive from their cloud providers is out of control Andrew Moloney, SoftIron

Around the world we’re also seeing increasing concern about over reliance on this small handful of powerful players. The reliance is manifesting in different ways in different regions, but examples of drivers include:

This mix of socio, economic and political drivers have lead at least one vendor (Google) to form in-country partnerships in a bid to assuage concerns – at least as far as the regulators are concerned. Of course, this can only go so far as it does little to make the underlying infrastructure in any way transparent or open to audit however.

The fragmentation of the cloud market

As forecast by Gartner (and already observed by many of us on the ground) there has been a real fragmentation of the cloud market, with many new entrants offering public cloud-like services.

They’re all keen to either wave the flag for sovereignty, for capabilities aligned to the needs of a particular vertical sector (such as regulatory compliance in banking, for example), or simply to offer more competitive services that can free the customer of egregious egress costs and decrease the need for in-house domain expertise.

Four Approaches to Software-Defined Storage for the Enterprise

Indeed, public clouds are like big-box hardware stores: you can get all the materials, but they won’t help you build a shed. The battle is about to begin in earnest and the ultimate winner will be the customer.

However, for this market to thrive and to enable the customer to truly build a dynamic multi-cloud strategy, then the independence of Edge infrastructure will be key.

An ‘independent edge’ must emerge

To meet this challenge an independent edge infrastructure must emerge. Independence implies an open-source core at its heart to encourage competition and to limit (or eliminate) the risk of vendor lock-in. There are quite a few edge focussed open-source projects already out there to choose from already.

Remember, this is edge computing we're talking about, where infrastructure will be not be sitting in just a handful of data centers, but could be fragmented to the four corners of the your ‘dataverse’ in locations way beyond easy reach of the regular ‘intelligent hands’ used to maintaining day to day operations, cosseted in the climate controlled environments of a hyperscale data center.

An the sophistication of the design of such a system must reach through all levels of the technology stack, from hardware component to system orchestration and beyond.

An open source based architecture where hardware design really matters?