Over the next five years, Asia’s data center industry will become the largest in the world, but space constraints and power could limit the sector’s potential, warns SoftIron’s Andrew Moloney

Over the next five years, the data center market across Asia will eclipse that of the US. New data centers will be built, new fiber communications links established, and lots of high-value jobs created.

But just as in Europe and, to a lesser extent, the US, the most desirable locations will be squeezed by a combination of natural and regulatory limits. 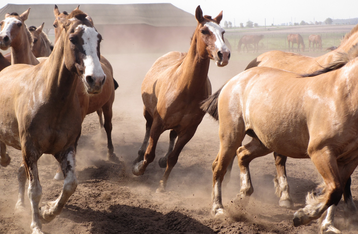 Indeed, that is already the case in Singapore, and with a number of countries in Asia heavily dependent on coal-fired power stations for electricity generation – such as India, China, Indonesia and the Philippines – complaints that the industry uses too much electricity and is environmentally unfriendly will only increase.

That’s the view of Andrew Moloney, vice president of strategy at SoftIron. He's not alone: Frost & Sullivan anticipates that investment in the global data center market will increase from $244.74 billion in 2019 to $432.14 billion in 2025 – a compound annual growth rate of 9.9 percent – with the Asia-Pacific region the largest market.

It is not just the insatiable popularity of social media that will drive this data center boom, nor any major shift to working from home. Rather, there are a range of issues that will underpin this growth.

For example, the roll-out of 5G will take processing closer to the point of data collection, especially with industrial and personal IoT devices fuelling demand for ‘mini Edge data centers’ at the base of 5G cell towers – as close to the ‘Edge’ as it’s possible to be – so that processing can be done almost the instant that data is collected.

“Let’s say there are vehicles capturing visual imagery of road surfaces to figure out where the potholes are. That’s rolling high-definition video from dozens of vans or trucks driving around the country, delivering their video back over a 5G network,” says Moloney. Rather than transmit the data back to a centralized data center for processing, it will be quicker and more efficient to do so at the Edge, he adds.

“The ‘half life’ of a lot of data that comes out of IoT, for example, is quite short. So it's often more efficient to do the processing locally on the data collected in the last 10 minutes, and then send the decision back, as opposed to sending all of the data back for processing centrally.”

We’re actively creating transparency so that customers… can see what it is they’re buying Andrew Moloney, SoftIron

On top of that, there will (potentially) be data, not just from self-driving vehicles, but drones, CCTV and even the armed forces.

“The US Air Force is creating Edge data centers at airbases. So, a fighter jet comes back from a mission with a terabyte of data on board in a specialized canister, which is then removed from the plane, set down onto our [SoftIron] storage devices in an Edge data center for analysis. So, rather than sending it all back to a centralized data center, they're actually pulling it down and processing it locally,” says Moloney. That localized processing power will also need to be portable, as well as secure.

It also brings up issues of space – and, potentially perhaps, portability – as well as power consumption.

“Places like Singapore need greater density from existing, conventional infrastructure. Then, of course, in these new edge infrastructure locations, you just don't have the luxuries that many hyperscale data center operators have,” says Moloney.

Having to pack as much compute power into a limited space means that those Edge locations don’t just have acute power and cooling challenges to overcome, but also maintenance and management. “You've got to think about remote administration and management; you've got to think about resilience to failure in a different kind of way. You can't assume you’ve got a data center technician standing ready, next to the rack. You’ve got to ask, ‘how do we become resilient to failure?’

And over the past year, it’s not just the availability of power that has proved to be a thorny issue, but also IT hardware itself, with supply chains rent asunder by, for example, US sanctions on Huawei and other electronics companies based in China, at a time when demand has gone through the roof.

Moloney believes that more robust supply chains will demand more localized manufacturing, and adds that SoftIron is already responding to this.

Manufacturing choices over the past 40 or so years have become narrower and narrower, he claims. “Most IT equipment today is manufactured by a small handful of third-party contract manufacturers on behalf of major brands from a small subset of sub-assemblies. These, again, are even designed by a small number of design houses, with pre-compiled firmware so that you can’t see the code that’s running on it,” says Moloney.

The result is over-sized, over-specified black boxes that have been over-engineered for the tasks they need to do, consuming vastly more power then they need, while the end-customer “can’t actually see what’s inside it.

“We’re actively creating transparency so that, for the customers that care, they can see what it is they’re buying and can assert their own level of security and risk-based on real information,” says Moloney.