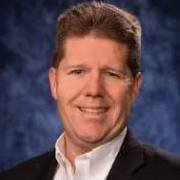 The power of data center customization

Tweaking for performance. It's an innate trait for data center managers. At one point in their lives, many of these individuals took a look at their PC, smartphone or gaming console and said, “I can get better performance out of this!” They had a burning desire to not accept the status quo, roll up their sleeves, and modify these devices. This is a feeling that never goes away and is often carried with them throughout their careers.

The sensation data center managers get when hired to oversee an aging data center is the same carry-over feeling they got when tweaking that PC —with the right apps—better performance and a longer battery life is possible. Today, we thank them for their passions, because it was only five years back that many of Silicon Valley’s data centers showed up on California’s Toxic Air Contaminant Inventory List. This was the data center industry’s dirty secret.

The need to optimize and squeeze the most efficiency out of data centers is a never-ending battle. Consider this, every keystroke that takes place, whether on a laptop, PC, or smartphone, adds to a data center’s storage and processing burden. In Google’s case, there are an estimated 40,000 searches conducted every second. Each second this search volume consumes 12 kWh in energy or put another way—that’s enough power to run a typical ceiling fan non-stop, for one month. 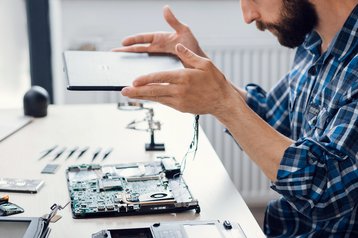 Because power touches virtually every aspect of data center operation, it makes sense to apply the never-satisfied mentality and tweak for better performance. From cooling the aisles to rack PDUs, almost every area of the data center’s power can be optimized. Here are a few data center power innovations worth mentioning to stimulate that “it could be better” attitude.

Geothermal technology has been used globally as a heating method for decades. But only more recently has it been leveraged for cooling residences and businesses. Unlike traditional air-cooling systems, geothermal cooling helps conserve precious natural resources and does not require the use of refrigerants, which are widely believed to contribute to decreasing ozone and ultimately, global warming.

Geothermal cooling systems typically consist of an indoor handling unit and a system of buried pipes connected to a well drilled underground water source. Activation simply requires water to be pumped up and run past a heat exchanger, then returned to the same water source through injection pipes. One of the primary advantages of this system is that it does not burn fossil fuel; it simply transfers heat to and from the earth in an environmentally friendly manner.

From the rack perspective, issues of density, planning, and power management have always been at the forefront; and the need to better control and measure power is paramount. There is a greater focus on rack mount PDUs because, today, there are higher density and smaller servers that require greater capacity PDUs with more outlets. In addition, there has been a shift to three-phase power and the need to distribute at higher voltages as well as a higher demand for reliability.

Exacerbating these issues is the fact that server devices change more frequently than a politician's platform promises—requiring a different mixture of C13 and C19 outlets. In a world where we are now used to customizing a laptop and having it arrive on our doorstep days later, we expect other electronic components—even PDUs—to follow suit.

Luckily there is a new breed of metered and intelligent Power Distribution Units (PDUs) that are addressing this issue.

Call to manage the sprawl

Due to data center sprawl and the IoT economy, the size of data centers can no longer only be measured in square feet. There is an IO bleed beyond the traditional walls that is spilling onto the very street corners where we consume our swirled mocha-peppermint lattes every morning.

There is a call to manage this sprawl by creating a software-defined data center running on a Data Center Information Management (DCIM) solution. Much like the hardware that is penetrating our streets, DCIM penetrates virtually every aspect of a data center to optimize hot and cold server aisles, find and identify every bit of software as well as many other IT assets to ensure compliance.

And for some reason, every tech article needs to mention Artificial Intelligence (AI). So, Yes! Even DCIM has graduated to become artificially intelligent. Nlyte has produced what they are calling the first cognitive DCIM solution. By aligning themselves with IBM Watson IoT, their DCIM uses machine learning to create predictive models to mitigate risks and head off problems before they happen.

When is a data center like a PC or smartphone? Always. There are now a host of vendors with new, innovative and dynamic solutions to customize these classic facilities. From the environment to power consumption on the grid, data centers must be optimized to be less wasteful and more efficient; focusing on all aspects of power delivery will have a positive and much-needed impact.

However, data center managers need to also take cautious steps with their customization. They need to seek vendors with proven track records of delivering on promises—nobody wants to be that person responsible for knocking the data center offline. So, unleash that hidden desire to tweak those data centers for optimal performance—we will all be thankful!