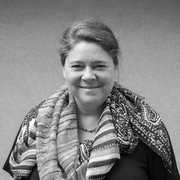 It is vital that facilities managers understand not only the importance of fuel, but how to manage it

In a world where we expect everything to be available instantly, it is in a way reassuring to find that power generation is more essential than ever. Of course, stability of electrical supply is high on every facilities manager’s check list, but so is business continuity; maintaining that ability to trade despite external influences.

It is vital that facilities managers understand not only the importance of fuel, but how to manage it. After all, without usable fuel, the back-up generators are a non-functioning waste of resource; and yet it is one you need to rely on when power issues occur. How do you keep fuel in optimum condition and ready to use? Whilst manual operations can help, the simple solution is to automate the maintenance using fuel polishing.

What is fuel polishing? 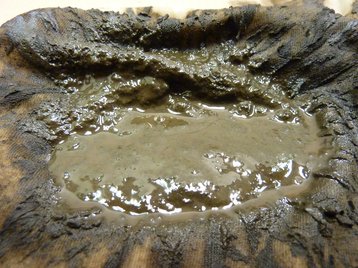 It is a process of ensuring the fuel you have paid many thousands for is maintained in such a way as to avoid it becoming a liability. To understand why this is vital, it is first important to explain what can happen to fuel. For this we are going to concentrate on Fuel oil; otherwise known as gas oil or diesel, but it is all the same specification fuel, the only difference between road diesel and fuel oil is the dye and tracer chemicals put in it on behalf of the tax office. In Europe, this fuel is referred to as EN590, but No2 fuel oil, or MDO DFX is virtually identical and used for the same applications. It also has the same potential vulnerabilities.

Fuel oil is a finite resource, and to extend its life there have been moves to blend mineral oils. Recent changes to the fuel specification mean the introduction of more sustainable fuel elements - biodiesel (otherwise known as FAME). This reduces the carbon footprint but increases the risk.

There are many issues that need to be addressed, but there are five main ones we will focus on.

Whilst water in fuel is a bad thing; there are three types that are of a specific concern.

Engines compress the fuel and then spray it to be combusted; but if water is present in the fuel, it cannot be compressed to the same level. Water can be compressed a tiny amount compared to fuel; but by compressing water in this way you dramatically increase its viscosity, making it virtually impossible for the engine to process. Fuel, on the other hand, doesn’t quite have the same effect.

Is there a water absorbing breather on your tank vent? If not, you may find that water ingress is perfectly possible even in the driest of tanks.

Water is also a breeding ground for bacteria, it allows germination and hence bacterial colonies to develop. The bacterial itself will already be in the fuel but will not germinate without the right conditions. Those conditions are, a food source (the fuel’s hydrocarbons), the right temperature/climate (anything from 10-40°C/50-104°F) and a place to live; that place is the water-fuel interface.

If you have ever seen black or dark brown spots of sludge in your fuel or your fuel filters, then you have a bacterial contamination in your tank. However, that sludge is really a biomass and is not the infection itself, it is only the by-product. The infection can be root-like, plant-like or even a clear jelly-like substance. Bacterial test kits do exist to check the fuel; however, you must take a fuel sample near the bottom of the tank - that is where the infection will grow.

Biodiesel, by its chemical makeup, is a hygroscopic material – a liquid tending to absorb moisture from the air. So, the introduction of FAME may well save carbon over the entire life cycle of the fuel, but it introduces water; and as per the previous section, water in fuel is a very bad thing.

Fuel sludge can be formed due to several factors, the biomass build-up from a bacterial infection; dust from the air, earth from the ground, or similar conglomerate materials. The sludge layer in a fuel tank is either at or near the tank bottom, but the introduction of biodiesel means this layer builds up significantly quicker than before. Once it breaches the pipe to your generator, you can forget your backup power source, this will block filters and starve the engine in no time.

Sediment in the fuel is formed in different ways, this fine sand-like build-up can be a factor of the fuel degrading, it can be caused by fuel oxidization (often as a factor of fuel contact with an incompatible material such as brass), or even by the addition of fuel additives. Stronger doses of which can oxidize the fuel and cause degradation, forming sediment as a by-product.

Foreign matter in fuel is an open category; it can cover anything from atmospheric dust, to poor quality fuel, to items dropped or pushed into fuel tanks. Whatever it may be, it should not be in the fuel, and at best can cause filter clogging; at worst may chemically react with the fuel to form acids or gums.

In the same way you don't consider using four-week-old milk in your coffee; why would you consider using old diesel in your generator? It degrades over time, and typically even the fuel suppliers only guarantee it to be within specification for a few months to a couple of years and that assumes you have kept it in the ideal temperature controlled, dry environment. It is not milk, of course, but try to think of it in that way. You must preserve it to make the most of it. 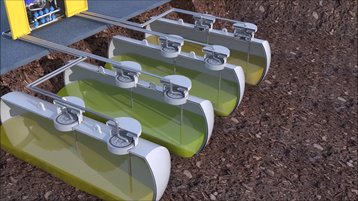 The answer to fuel contamination issues is relatively simple in theory. Good fuel housekeeping, maintaining fuel quality via regular checking and maintenance is the way to remove these issues.

Why bother? Well if you do not maintain your fuel quality, some or all of the five previously mentioned issues will affect you. Be it in a minor way - lower fuel efficiencies, less power, and more emissions; or a major way - brown-outs/black-outs caused by fuel starvation/blocked fuel filters, or generator engine damage caused by water, leading to a complete generator failure; a high repair bill, and of course, no power.

By the time the in-line fuel filters start to take out this contamination, it will have built up a large layer in your tank bottom (the sump, the space between the generator or day tank feed pipe, and the tank bottom). This traps the poor-quality fuel, but also breads more contamination, this lower section MUST be removed first, before you can consider cleaning the rest of the tank.

And this is where fuel polishing comes in.

Fuel polishing is the automated process of fuel cleaning by recirculation of the fuel. Where traditional cleaning can only take place by in-line filters, operating when the engine or transfer pumps are firing, fuel polishing is a self-controlling, self-pumping, self-monitoring multi-stage filtration process, which removes the fuel from the lower sump level, cleans it and then returns the same fuel to the tank top. This is totally independent of the generator’s pipe work, so will not interfere, and can be run autonomously on a regular basis to clean and maintain fuel in optimum condition.

Drawing from the tank's lowest point removes the worst fuel contamination first, but thereafter the process continues working through the entire tank content, liter by liter. Repeating every few days, weeks or months depending on the fuel condition and the level of critical power support needed.

Moreover, a fuel polishing system is also a data recording device; monitoring its performance, monitoring any contamination build up, its service requirements etc. Over time, this builds a picture of your fuel quality. If you drained water once last year, but three times this year, you either have a leak, water ingress or a poor quality from supplier. The polishing system has removed the threat, and the data alone can save you thousands – and your job.

If you expand on this big data principle, you can really see the added benefit of fuel polishing. Add in a little more data analysis (options on a fuel polishing system) and you can tell how much from you have, if the generator is running, and a lot more too. But let us just consider those two for a moment – if you know your fuel level and the generator run time, you can start to give basic efficiency data; moreover, if the level of fuel is dropping and the generator isn’t running, you either have a leak of a thief.

Fuel polishing is therefore the answer, it can save money, it can certainly save you from power outs, it can save you from the cost (and addition carbon-footprint costs) for disposal, new fuel production and delivery; but also it has the potential to show you so much more about your facility.