IT's critical role in the upcoming recession 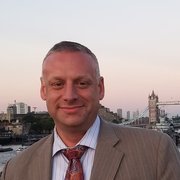 Chris Noble is co-founder and CEO of Cirrus Nexus

Reducing costs and carbon emissions are both crucially important

With the risk of recession seemingly growing every day, it’s important that companies prepare to reduce their spending without gutting their ESG initiatives. Not only is it critical for our planet, but also consumers, customers, shareholders, and governments are increasingly holding companies accountable for their impact on the environment. 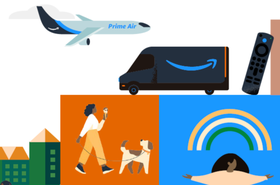 Amazon's carbon emissions went up by 18% again, says it will still hit zero carbon by 2040

The good news is that IT departments are well-positioned to cut budgets while still making positive strides in sustainability.

A recent Morgan Stanley survey found that companies are planning to spend more on cloud computing and less on on-premise data center buildouts, as they look to manage budgets more tightly in the face of a potential recession. In transitioning to the public cloud, companies not only often face lower computing and storage costs, but they can also reduce their carbon emissions. Public cloud providers can leverage immense economies of scale to reduce the amount of electricity required to power and cool servers when compared to hosting workloads on-premise. However, migrating to the public cloud comes with its own set of challenges, and there are important factors to keep in mind to run the most cost- and carbon-efficient cloud.

The shift to cloud computing can result in less control and insight into your environments’ costs. Switching to a “deploy now, pay later” model provides flexibility and scalability, but opens the possibility of being hit with unexpectedly large bills. And when you lose insight into just how much energy is being used to power your cloud workloads, it becomes increasingly difficult to properly account for and report the associated carbon emissions. Here are a few ways to mitigate these risks without compromising the benefits you can achieve by switching to the public cloud:

It’s not enough to rely on the cloud providers themselves to monitor your environment with out-of-the-box settings. By employing well-trained cloud architects with knowledge of how to use cloud monitoring software effectively, you can better keep track of your environment to quickly identify and address overprovisioning. This not only ensures that you make the most of your cloud budget, but also running an efficient cloud environment reduces your applications’ energy consumption.

Deploying your workloads on the latest generation hardware is critical to reducing costs and carbon emissions. Semiconductors have on average doubled in efficiency every two years in the past few decades, as observed by Moore’s Law. Older generations run on older processors, which work much harder to produce the same outcome and therefore consume more electricity. Newer SKUs often released on a rolling basis by the major cloud providers often cost the same and occasionally less than their older counterparts. Finally, consider using solid state drives (SSDs), instead of cheaper but less energy-efficient hard disk drives (HDDs) for storage.

Be aware of the data centers that you use

Different regions have different costs and associated carbon emissions. One of the most significant ways to reduce your IT cloud carbon footprint is to leverage the cleanest energy possible. This means looking critically at how you select data centers and run workloads across them. The carbon intensity of the energy powering a data center often fluctuates depending on a variety of factors. When energy demand is high, power generation companies often use fossil fuels to meet the demand, which results in dirtier energy. Similarly, weather also impacts carbon intensity, as solar, wind, and water power are subject to nature’s whim. By running your time-flexible applications at off-peak times or running them in regions at their local off-peak times, you can more effectively reduce cloud spend and cut carbon emissions.

While we all brace for the impending economic slowdown, IT departments must take advantage of their unique opportunity to deliver cost and carbon savings to their organizations.