TrueCarbon gives a view of your impact

Cloud management company Cirrus Nexus has launched a tool which gives organizations a view of the carbon emissions associated with their cloud operations.

TrueCarbon, a development of the company's cloud accounting tools, lets companies fix an internal price of carbon, and track emissions in real time, so they can make actual changes in the location of cloud loads, in order to minimize environmental impact. 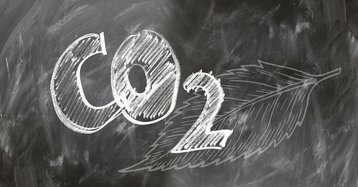 "The same data that we collect for cost optimization also works for carbon," Cirrus Nexus CEO Chris Noble told DCD. "If a company is running 100 VMs in a data center, we can tell them the most cost-optimized place to run that- whether it be in that data center, other data center, or another cloud provider. At the same time, we can say you're causing X amount of kilos of carbon to be produced - and you'll produce less carbon somewhere else."

The tool should allow companies to make trade-offs, and understand the carbon produced as a consequence if they move their workloads to the cheapest cloud, rather than the least carbon-intensive, he explained. Companies can decide on an internal price for carbon, which would incentivize better behavior.

If a cloud resource in one region cost $1 per hour, but produces more carbon, the accounting system might bill that internally as $1.50 per hour, and that would encourage the business to move the workload to another region with cleaner electricity, where the resource costs $1.30: "All of a sudden, that number changes - and the business is now incentivized to go and put it in a less carbon-generating region, or a less carbon-generating data center."

The tool takes in data on carbon intensity from local utility grids, and relates that with the reported strategies of cloud providers. It also calculates energy usage based on the manufacturers' data for the servers involved and PUE from the data center operators.

Noble envisages companies rolling up workloads and transmitting them across the network to less carbon-intensive regions in real time, arguing that the carbon cost of sending data over the network is minimal compared with what is saved by moving the VMs. He also says it might be cost-effective to move workloads to less carbon-intensive clouds when their activity is ramping up in a busy period.

Noble says that businesses have difficulty addressing the issue because there is little visibility into carbon emissions produced by cloud operations, but they have a direct impact on global warming. "To drive real change, real insight is needed."