How to make your data center cooling more cost effective 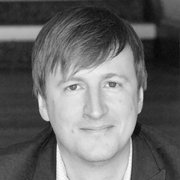 Tom Merton is a technical specialist at Armacell

Efficient cooling systems are essential for keeping data center servers in optimal operating condition - and that means a careful choice of insulation materials.

Electrical equipment in data centers generate a vast amount of heat, which means that they require cooling around the clock to keep them within optimum temperature range. The general guidance is that internal server room temperatures should be kept between 18-27°C. The huge growth in the number of data centers and processing capacity means that cooling equipment in these facilities uses around 40 per cent of all energy [Editor's Note - Most new data centers should be doing way better than this, which suggests a PUE of 1.66,. One way to improve it would be to have hot aisles considerably warmer than is suggested here]..

The purpose of this paper is to raise awareness of the relatively straightforward steps that can be taken when specifying insulation materials to reduce the cost and improve effectiveness of cooling data rooms. Historically, data centers were designed and operated with a focus on IT equipment stability rather than energy savings, although careful choice of insulation can achieve a utopia between these two requirements. 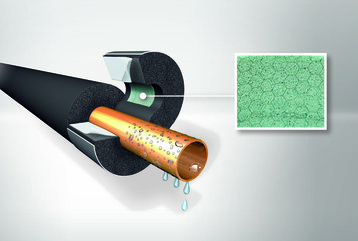 There are now many unique data centers around the world that utilize ingenious methods of maintaining a constant temperature, including underwater, in a nuclear bunker, in the Arctic Circle, and even in 19th-century cathedrals (or at least, in a church). However, with advances in cooling systems and careful choice of insulation materials, there are now easier ways to achieve an optimum internal environment.

Traditionally, cool air from a computer room air conditioner (CRAC) is used to pressurize the space below a raised floor. Perforated tiles allow this cold air to enter the main data room space - ideally in front of server intakes - before returning to the CRAC to be cooled. Over the last decade, hot aisle containment has grown in popularity, too, because it is more cost-effective by only cooling critical areas of the room. This approach allows heat to escape through a predefined route, whilst cold air is channelled specifically where it needs to be. Other cooling systems include evaporative, free and liquid cooling.

Whichever cooling system is chosen, they all rely on the careful selection of insulation material and here there are three important factors that need to be considered. Firstly, insulation must be capable of preventing condensation forming on pipework that carries cooling liquid or refrigerant, especially important when electrical equipment is nearby, because dripping water can cause serious issues. At the same time, the insulation must be efficient at minimising warm or cold air energy being lost from pipework while it is being transferred to its destination. The third requirement arises from the fact that data centers are ‘clean room’ environments, meaning insulation must not release dust or fibres that could interfere with the performance of the equipment, and must be non-corrosive in the event of fire. 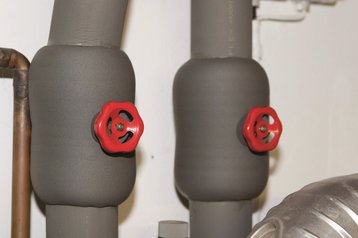 Specifying a closed cell flexible insulation foam with an inbuilt resistance to water vapor diffusion on chilled water and refrigerant pipework is an effective way of meeting all these requirements. For instance, it does not need an external water vapor barrier because the millions of watertight closed cells, which are sealed from each other, are impenetrable to moisture and vapor. That’s important because preventing water entering the insulation maintains its performance – any saturated material loses energy rapidly. Closed cell insulation foams are also dust and fiber free as well as being non-corrosive in the event of fire. For example, non-halogen and reduced smoke versions of insulation are available to provide this protection.

The alternatives, fiberglass and mineral wool insulation, are made from tightly packed spun glass or mineral fibres however, they are made from an open cell, soft, flexible material which tends to trap moisture resulting in mildew and mould. Being an open cell structure also allows air to get to the surface of cooler pipes and that causes condensation. Rigid insulation materials such as phenolic, PIR and XPS (expanded polystyrene) are closed cell, but they aren’t flexible, making it difficult to insulate pipework, and they may still require a vapor barrier.

Another factor to consider is the long-term performance of insulation, which means determining whether it undergoes ‘thermal aging’, which is where some materials lose a percentage of their thermal resistance over time. This can be caused by diffusion of blowing agents out of the cells within the insulation to be replaced by air, which has a poorer thermal performance. 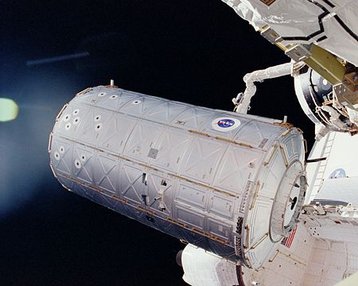 Maintaining a constant temperature in data centers is critical to ensuring uptime and system reliability as well as reducing energy costs for operators. Flexible closed cell foam materials can be used for insulating chilled and hot pipework, chillers, cooling tanks and air handlers. They can also be used for acoustics. Because flexible closed cell foam resists moisture ingress, and can be molded around most shapes, it is an effective and easy choice for insulation of cooling system for data centers.

Over the past decade, data centers have made considerable efforts to ensure energy efficiency and reliability. Currently, the amount of data to be processed is expanding exponentially, due to the growth of the information technology industry, and data center construction is on the rise to meet this demand. Key to ensuring reliability and efficiency is choice of insulation material.

Flexible insulation from Armacell is used in Destiny, the US Laboratory attached to the International Space Station, where this highly engineered closed-cell foam insulation keeps the air conditioning lines free of condensation and freezing in space.