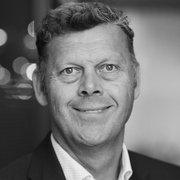 Håkan Björklund is CEO of Conapto

The commitment to renewable energy for new data center facilities is a big step forward, but what about legacy data centers?

Companies no longer have a choice about making environmental commitments: They have to do it.

But while public opinion has been focused on a lack of sustainability in, for example, the so-called ‘fast fashion’ industry, technology is rarely audited with the same degree of interest by end users.

And that is despite the level of CO2 emissions emitted by the data center industry. According to some reports, data centers account for around two percent of global greenhouse gas emissions – a number on a par with the global airline industry in a normal year. 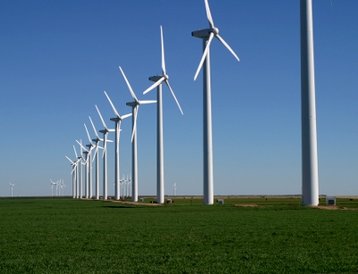 The massive use of digital services – and the exponential growth of the data center industry that comes with it – is a somewhat two-faced situation.

On the one hand, we find ourselves with a long tail of legacy data centers around the world, built before environmental concerns were as pressing as they are today. These data centers are both large and small scale but, either way, daily contribute to a larger and deeper environmental footprint of the industry.

On the other hand, the industry is in fact growing like never before and we have a fantastic potential to do things right today and in the future.

Regarding the latter, things are starting to happen. Several cloud giants are investing in massive wind parks to make their cloud factories self-sufficient on green electricity. One of the most recent examples being the wind park Amazon Web Services is finalizing here in Sweden. This is, of course, an important part of making sure that the long-term development of the industry is done properly from a sustainability perspective.

But regarding the former – the legacy data centers – the industry faces a bit more of a challenge.

These legacy data centers are typically far from today’s cutting edge in terms of what green, clean and modern data centers ought to look like Håkan Björklund, Conapto

Many corporates, large and small, still run their own data centers. This can be due to an unwanted legacy, a compliance-related matter or an important requirement for a local low-latency service delivery, in which case a complete cloud migration isn’t a good option.

These legacy data centers are typically far from today’s cutting edge in terms of what green, clean and modern data centers ought to look like. And with more than 2,000 of such data centers in Sweden, as of 2020, their total environmental impact is significant.

This calls for action. Not only does sustainability need to be at the core of the overall progressive data center industry, but we also need to take action to deal with existing sites with poor energy-efficiency, running on less-green power.

At Conpato, we do this by buying data centers from companies that have been struggling to make their own data center compliant with modern sustainability standards. We then lease it back to the company, until the infrastructure has been moved into one of our climate-neutral colocation data centers.

We then de-establish the old data center in a sustainable way, leaving the customer with a more climate-friendly and cost-efficient solution, and the rest of us with a greener industry.

In conclusion: Wind parks are great; indeed, they're fundamental. But to make the data center industry long term – and the technology sector overall – more environmentally friendly, we need players who can sustain new, existing and legacy parts of the infrastructure, any way they can.