The operator, formerly the Swedish subsidiary of Sungard AS, operates two data centers and a backup site, and was bought by Nordic equity firm Segulah in 2018. The extension should be available by the end of 2021. 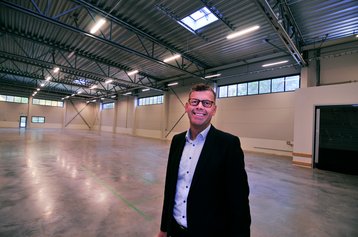 The Conapto business has roots back in 1982, when it was founded as Backupcentralen. In 2002, Sungard Availability Services bought Backupcentralen, and expanded its business into colocation, adding DC2 (Stockholm South) in 2009, and DC3 (Stockholm North) in 2013. Conapto's site lists South as a 4MW facility, and North as 6MW.

In 2018, Sungard AS sold off its Swedish subsidiary, before selling off other data centers and going through bankruptcy in 2019.

Under its new name, Conapto has focused on the Swedish market, and colocation. Earlier this year, IBM reportedly closed its Swedish data centers and moved into Conapto.

Conapto's Stockholm North will have 900 rack spaces and is certified as climate neutral: it uses 100 percent wind power and has heat recovery for reuse in district heating.

“Scalable, secure, and sustainable data center colocation is our core business. Combined with cloud connectivity and the fact that we are a Swedish-owned operator-neutral supplier with two interconnected data centers in Stockholm, actually makes us completely unique in the market," said Conapto CEO Håkan Björklund. Appointed by Segulah in 2018, Björklund had previously worked for 11 years at Sungard AS Sweden, leaving in 2017 as head of operations.

As well as being expanded, Stockholm North will be upgraded to Protection Class 3, a Swedish burglary protection standard, equivalent to EN-1627 Resistance Class 4. It will also have extended perimeter protection.

"We already launched a new computer room in the existing facility in Protection Class 3 earlier this spring and it is already sold out," said Björklund. "The expansion and upgrade to Protection Class 3, Swedish standard, or EN-1627 Resistance Class 4 as the equivalent European standard is called as well as extended perimeter protection is completely in line with our ambition to constantly listen to our customers and the market's demand in order to adapt and develop our offering. A clear signal that [a] focus on security and a strong sustainability profile is top of mind." 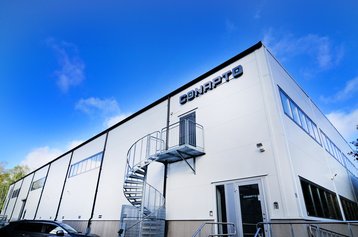 As well as being renewable, Conapto also points out that Sweden's electricity is cheap.

“This is our largest investment to date," said Björklund. "The building is already in place and now work begins on making the 1700 sq m and 2MW of available electricity into a ready-to-move-in data center." Early customers will be able to influence parts of the data center design and layout, he added: "We want to be close to our customers and have a partnership based on mutual trust."