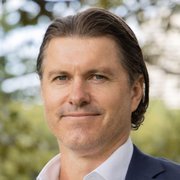 When data was described as the new oil, those who coined the phrase probably weren’t thinking about emissions. Yet, as well as both being valuable commodities, they share a less pleasant trait; they can drive up emissions.

According to Statista, a whopping 45 percent of IT and digital infrastructure sector emissions come from data centers. And by 2025, data centers will become the world’s largest users of energy, at 4.5 percent.

Unless our industry addresses this as a priority, like the oil industry we’ll become pariahs, abandoned by investors and customers alike.

Thankfully, while oil production and use are intrinsically emissions intensive, we can decarbonize our data. And Western Australia (WA) has the potential to become a clean data superpower. The state already enjoys the lowest electricity prices in Australia averaging $64/MWh while NEM prices were more than four times higher at an unprecedented $284/MWh in the June quarter. WA’s electricity market is at the same time less emissions-intensive than the NEM as coal powers only 38 per cent of generation, compared with an average of 59 per cent in the eastern states, EnergyQuest said in an analysis of the June quarter.

There are dozens of huge clean energy projects planned, including the 50GW Western Green Energy Hub, which will help further decarbonize WA’s grid and take advantage of the region’s abundant solar and wind resources.

There are dozens of huge clean energy projects planned, including the 50GW Western Green Energy Hub, which will help further decarbonize WA’s grid and take advantage of the region’s abundant solar and wind resources

This presents enormous opportunities for data center customers to directly benefit from these renewables projects and the clean power they produce. The growth in renewables capacity is fully supported by State and Federal Government policies, which are also helping to attract IT and tech investment in WA.

Last month, Prime Minister Anthony Albanese, alongside WA Premier Mark McGowan, officially turned on an AUD$300m 9,800-kilometre subsea fibre cable linking Oman to WA via Singapore, which will further improve connectivity between Western Australia and the rest of the world. And just this week, the state government committed $22.4 million over five years to support the operations of the Pawsey Supercomputing Research center which was also named recently as the fourth greenest supercomputer in the world and the most powerful in the southern hemisphere.

Time to get building

It is now up to us and others in the industry to deliver digital infrastructure as sustainably as possible and to support the government’s vision and emission targets. We’ve brought together industry leaders to design what we believe will be the most sustainable hyperscale data center anywhere in Australia with 96MW of green power day one.

According to the Australian Government, a state-of-the-art data center has an average PUE of 1.5. GreenSquareDC is targeting an industry-leading PUE as low as 1.05..

As corporates seek to slash their emissions and meet ambitious ESG goals, we know the demand for clean and green data will only grow. With its favourable policy settings, global connectivity and extensive renewables resources, WA is on the cusp of grasping this growth and becoming one of the world’s clean data superpowers.

Data may well be the new oil, but it doesn’t need to have the emission that come with it.