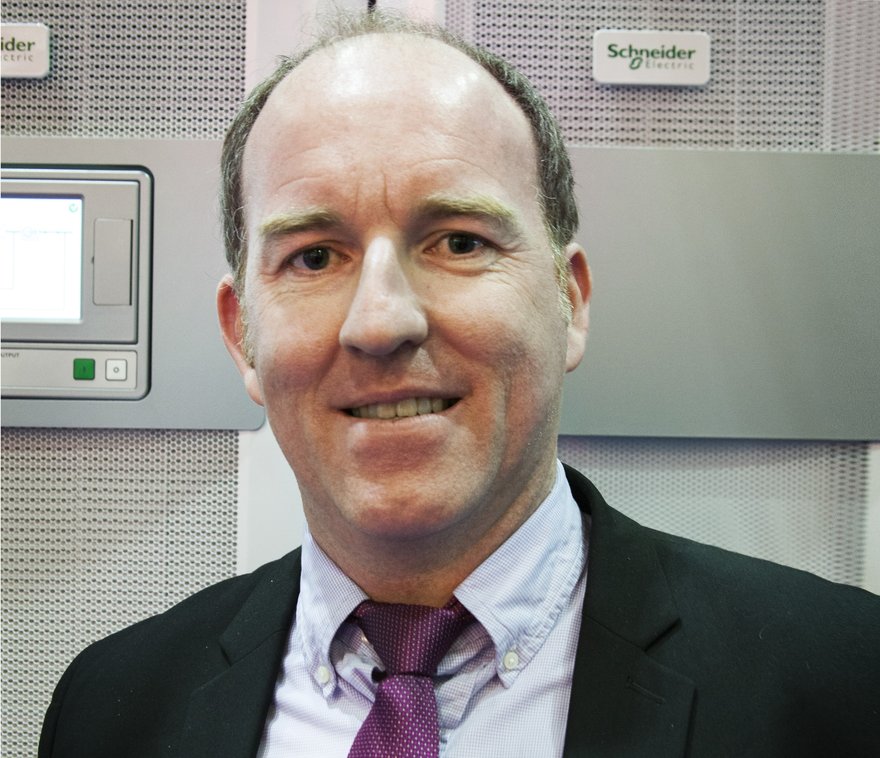 The primary function of an Uninterruptible Power Supply (UPS) is to maintain satisfactory electrical power to its load in the event of disruption to or loss of the mains supply. However, financial and environmental constraints in data centres require that efficiency of operation is also a vital consideration. Many high-rated UPS systems intended for use in data centres therefore have an “Economy Mode” where some degree of electrical protection is sacrificed to save energy.

The most common type of UPS in scenarios requiring 10kVA output or higher is the double-conversion online variety, which is typically deployed in data centres. In such UPS systems, mains power is rectified to DC before charging the backup battery, following which it passes through an inverter to be converted back to AC, hence double conversion.

When in double-conversion mode, power output from the UPS always passes through the inverter, providing a regular conditioned supply to the load which is isolated from the mains and any spikes, brownouts or harmonic distortions that may emanate from there. There is also no loss of power in the event of a mains blackout because the load is always connected to the inverter and battery backup and so there is zero transfer time.

However operating in this mode means there is constant wear on the power components with attendant reduction in Mean Time Between Failure (MTBF) and a knock-on effect on reliability.

In the most basic Economy-, or Eco-Mode, a manual bypass switch overrides the double conversion path and connects the load directly to the mains input. The UPS is now functioning in the same manner, effectively, as a simple standby UPS, in which the battery and its DC-AC inverter are only deployed in the event of a serious disruption in the mains supply. 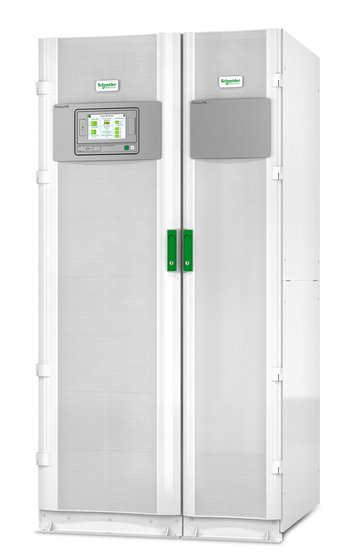 As a consequence, this simple Eco-mode can help to save energy in UPS applications. The efficiency of the bypass path is typically between 98 and 99 percent, compared to the base UPS efficiency of between 94 and 97 percent. Data Centre operators can therefore expect to see savings of the order of 2-3 percent in total energy if eco-mode is enabled, with higher percentage savings possible if the data centre is operated at very light electrical loads.

On the down side, the use of standard eco-mode reduces power protection as the IT load is exposed to raw utility mains power without the conditioning normally provided by the double-conversion, online UPS. The UPS must continuously monitor the mains power and quickly switch to the UPS inverter when a problem is detected, before the problem can affect the critical load. This may sound simple, but actually is quite complicated and entails a number of risks and has some potentially undesirable side-effects.

Complex systems comprising a mix of IT equipment, transformers, transfer switches, and other possible non-IT loads are less predictable in their response to infrequent and unusual power events, and their compatibility with eco-mode is less certain. These considerations have greatly limited the use of eco-mode in real data centres in the past, and are likely to continue to do so.

An example of advanced Eco-Mode is Schneider Electric’s ECOnversion mode, as deployed in its Galaxy VM UPS family. The essential difference between Schneider’s ECO Mode and ECOnversion is that the inverter is bypassed in the former case whereas in the latter it runs in parallel with the bypass source, supplying the reactive part of the load and maintaining an input power factor close to unity. In ECOnversion mode the load is never exposed directly to the unconditioned utility power, as is the case with standard ECO Mode.

Keeping the inverter on in ECOnversion mode has a small impact on efficiency; it can drop below the 99 percent rating of ECO Mode depending on the connected load. Using this mode, the inverter is not continuously regenerating output power to the load like in double conversion mode; instead the load is receiving unconditioned bypass power.

The main advantage of ECOnversion Mode is that the inverter can seamlessly take over to support the load in case of bypass utility failure. The inverter is also able to correct the power factor of the load and actively filter harmonic currents generated by the load. Operating in parallel with the bypass switch, the inverter is continually powered and ready to take over in the case of mains failure. In such cases the bypass utility supplying the UPS is disconnected from the inverter without changing the inverter output voltage level and the supplied load voltage level. The switch over is instantaneous and barely perceptible at the UPS voltage output.

By contrast, using standard ECO Mode there would be a perceptible break, of a few milliseconds, in the output UPS Voltage in the event that a switch over from a faulty mains supply was necessary. This is caused in part by the need to power up DC-DC converters which are not active in Eco Mode.

A side effect of this is that the battery is not being continuously charged in Eco Mode and so there is a slight risk to the load. In ECOnversion mode, by contrast, the backup battery is continuously being charged from the inverter so it will always be kept at the floating voltage at least, increasing reliability of the UPS.

Using a double-conversion in-line UPS provides always-on conditioned power to critical, high-rated loads such as those found in a data centre. However, to decrease power consumption, prolong component life and increase reliability, a form of economy mode may be selected. Standard Eco mode provides battery backup with increased efficiency and reduced power consumption for the trade off of exposing the load directly to mains power and requiring a perceptible switch-over delay in the event of a mains failure.

The operation of eco-mode is like the hand-off of a baton in a relay race. It is critical that it works correctly, each hand-off is a little different, and on very rare occasions there may be a problem. For this reason, eco-mode should be used in situations where the number of handoffs are as few as possible, e.g. where power quality is excellent.

By way of mitigation, however, it should be noted that current power supplies and IT equipment are much more resilient to power variations than similar equipment of prior generations, and as such power conditioning provided by a UPS is less critical than it was. Modern equipment should operate reliably using standard Eco mode.

However, complex systems comprised of a mix of IT equipment, transformers, transfer switches, and other possible non-IT loads are less predictable in their response to infrequent and unusual power events, and their compatibility with eco-mode is less certain. In such cases advanced eco-mode technologies, such as Schneider Electric’s ECOnversion Mode offer the benefit of isolation from the mains supply by deploying an inverter in parallel with the bypass switch, thereby providing the power saving benefits of Eco Mode with the instantaneous response times of a true double-conversion in-line UPS.

Gael Souchet is a global product manager for Galaxy VM at Schneider Electric.