As industries turn to stable storage in unstable times

Under the brand 'Yotta Preserve,' the companies will use piqlFilm, a proprietary film designed to last for 500-1,000 years. The companies did not respond to questions on where the film will be stored, and how it will be offered to customers. We will update this story as we learn more. 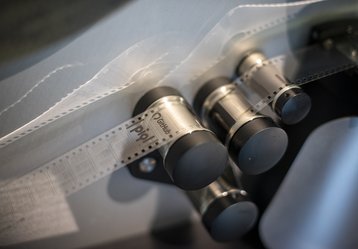 "Piql has been at the forefront of innovation for almost two decades and with Yotta Preserve, Indian organizations can avail this innovative service from a reliable partner like Yotta," Sunil Gupta, co-founder and CEO of Yotta Infrastructure, said.

"Different industries require to archive data for future reference. Yotta Preserve – powered by Piql can store analog, digital, video, audio, manuscripts, and every form of content available on earth. Yotta Preserve delivers the best of both worlds, data archived can be secured physically and accessible digitally."

In 2017, the company opened a data center in Svalbard, near the Global Seed Vault.

The northernmost settlement in the world with a permanent civilian population, Svalbard has been declared demilitarized by 42 nations, and has an extensive network of disused mines. Those mines are surrounded by permafrost, keeping facilities at a low, stable temperature.

Located in one of those mines, the Arctic World Archive data center is home to copies of foundational documents for the governments of Norway, Brazil, and Mexico.

It is also used to store 6,000 software repositories from GitHub. The open source collaboration platform's parent company, Microsoft, is also working on its own long-term data storage, using lasers to etch data on glass. Project Silica is still in the research phase.