Woolworths Sydney HQ and data center put up for sale

45,000 sqm campus include “significant” data center, likely to sell for around AU$400 million

CBRE and Colliers have been tapped to find a buyer for the 44,911 sqm (483,400 sq ft) site on 1 Woolworths Way, Bella Vista. The site is leased to Woolworths for at least another 10 years. 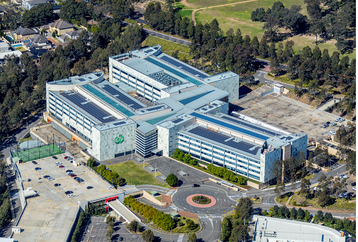 “It is positioned to capitalize on the newly opened Sydney Northwest metro line and the heightened focus on hub and spoke locations such as Norwest/Bella Vista, which offer high quality office accommodation, relative affordability, and multiple transport options.”

Inmark bought the supermarket property for a group of South Korean investors for AU$336 million (US$258 million) from Mirvac Group in 2016. While there is no listed asking price, CBRE said the property is the largest Sydney suburban office on offer since 2019, when Parramatta’s Jessie Street Centre traded for AU$415 million to Charter Hall and Singaporean sovereign wealth fund GIC and Chatswood’s Zenith Centre was acquired for AU$438 million by Starwood Capital and Arrow Property.

This is the second such Woolworths sale in 2021. Earlier this year Colliers and CBRE were listing 2 Woolworths Way, the company's 54,000 sqm (484,400 sq ft) distribution and logistics center, for sale.

Last year Woolworths announced it was utilizing Dell for its on-premise private cloud solutions, housed across two data center facilities in Sydney and managed by Dell.