VueNow InfoTech plans up to seven data centers in Bulgaria

An Indian data center firm is planning to build a number of data centers in Bulgaria.

A company known as VueNow InfoTech has signed a memorandum of understanding to reportedly invest $12 million in building up to seven facilities in the country. 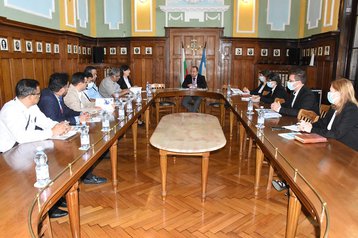 The Punjab-based company will build a 100-rack data center in the Plovdiv Tech Park to the south of Plodiv in central Bulgaria, as well as six Edge facilities dotted around the country.

"The company will develop one master hub location with a 100-rack data center in Plovdiv and six Edge data centers in the initial phase that will help Bulgaria to have data security," said the company's director Sukhwinder Singh in a statement.

“In Bulgaria, such centers are located only in Sofia and Varna, and Plovdiv is still a suitable opportunity for this,” added Vaska Stoyanova, executive director of Plovdiv Tech Park. “The idea is to build a large data center in Plovdiv, to be something like a mother and to run several other smaller centers located in Burgas, Varna, the region around Kyustendil and in northern Bulgaria.”

The move represents the company’s first entrance into Europe, with Singh adding that once established in Bulgaria it will focus on other countries such as Serbia and Kosovo.