Another Northern Virginia county wants its share of data centers

Officials in Warren County, Virginia, are considering a proposal to amend zoning laws that would add data centers to the approved uses and potentially pave the way for new facilities in the area. 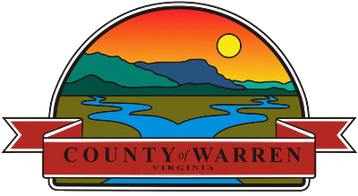 The amendments would allow data centers to be built in the Northern Virginia county, located in the northwest of the state and west of Loudoun and Fauquier Counties. Within the county, the Front Royal Planning Commission is also considering a similar proposal.

There aren’t currently any data center proposals in the works, Fort Royal officials told NVD, with the proposed ordinance proposed for wider economic development purposes. The Royal Examiner reports that two areas in the town – the majority of the former Avtex site off Kendrick Lane, and an area adjacent to Shenandoah Shores Road and Progress Drive – could be rezoned to allow for such projects.

The Warren County Planning Commission during its recent meeting delayed voting on a zoning change; Commissioners voted 3-0 in favor of a motion to table the proposed ordinance. Commissioners reportedly delayed the vote due to questions and concerns regarding who must provide utilities and other infrastructure for data centers — the county or the developer.

Northern Virginia is the world’s data center hotspot, but developments have traditionally been centered around Loudoun and Fairfax County. As adequate land and power become scarcer in Loudoun, Prince William County is currently seeing a rapid growth in the number of developments – and seeing pushback from locals against unrestrained expansion.

Amazon and other developers are also seeking to develop campuses in Culpeper and Fauquier Counties, where data centers are much less common; the town of Warrenton in Fauquier changed its zoning laws to allow for data centers in the wake of AWS’ interest, while residents in Culpeper are suing county supervisors hoping to have the company's zoning permission overturned.

Warren County and Fort Royal have a chequered history with data center proposals: In 2019, the Washington Post reported a story involving embezzlement and money laundering involving a local Economic Development Authority official and a developer who said they planned to build a data center in the town.

The developer reportedly wanted to turn part of the former Avtex Fibers manufacturing campus on the west side of town into a hub for cloud computing, with a three-building, $40 million complex. The facility was never built.

JLL has previously listed an 80-acre plot of land to the west of the town as a potential data center campus that could host more than 700,000 sq ft (65,000 sqm) of space. Billed as the ‘Happy Creek Technology Park’ on the Front Royal Warren County Economic Development Authority website, the site is still seemingly undeveloped and remains available. The park site was taken from the former EDA Executive Director’s company after a bankruptcy filing in the wake of the aforementioned embezzlement case.