The commonwealth of Virginia beat its own record for data center tax exemptions, distributing more than $110m in the 2020 fiscal year.

Despite the exemptions, Loudoun County alone brought in approximately $330 million in personal property tax revenue. This number could rise to $1 billion by 2024 and $2 billion by 2030 - by which point its data center square footage is expected to double. The numbers, detailed in Virginia's Comprehensive Annual Financial Report, were first reported by the Washington Business Journal. 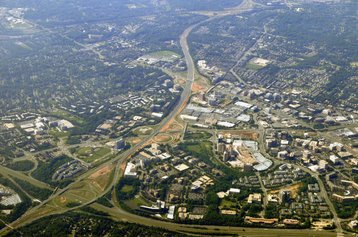 Operators and tenants in Loudoun County currently receive $4.20 per $100 of assessed value from the computer equipment found in its around 20 million-odd square feet of data centers.

Projects - instigated by property owners or tenants - which trigger a capital investment of at least $150 million and create at least 50 new jobs that pay at least one and a half times the local average wage receive a six percent sales tax rate in Northern Virginia and Hampton Roads, and 5.3 percent elsewhere.

Driven at the source, state leaders have long championed the approach to attracting digital service providers.

That’s not to forget either why it is such an attractive location from a connectivity and exchange point of view, as the state remains the most dense data center market on the planet - and the chosen base for hyperscalers, wholesale and retail providers as well as companies providing affiliate services.

Even amid the Covid-19 crisis, demand for capacity in Virginia has continued to surge, and building projects have gone ahead despite the bumps in the road.

According to CBRE, Northern Virginia accounted for more than 70 percent of all take-up across primary markets in the first part of 2020, with land selling for more than $2 million an acre.