The bill will exempt data center equipment and most electricity used at a facility from business personal property tax as well as the state’s seven percent sales tax. 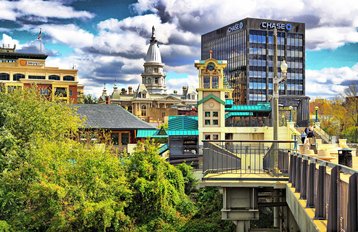 Due to an amendment added by the senate, the bill will still need to go through one more round of approvals before it can be signed into law.

House bill 1405 was introduced in January by state Representative Ed Soliday (R-Valparaiso). The bill was designed to attract data centers and large technology companies to Indiana by providing financial tax incentives for the development of new data center projects.

The exemptions will only apply to facilities of a certain size - the bill specifies that in order to take advantage of the favorable tax regime, operators would need to invest between $25m and $150 million over five years, depending on the population of the county in which the data center is located.

In addition, developers will have to procure 75 percent of the materials and labor used in the construction of the data center through local vendors. If all these criteria are met, the tax breaks will apply for 25 years. The exemptions can be stretched to 50 years if a developer invests $750 million in an Indiana data center.

If it passes the final stages before becoming law, this bill will be welcomed by the Digital Crossroads of America Data Center, which is currently planned as a $40 million, 105,000 square foot project, but could expand into a $200 million campus with 400,000 square feet of lake-cooled data storage.

The development has already been awarded a $9m conditional tax break that has been approved by the state of Indiana. The company also previously discussed expanding the facility, prior to this bill's creation.