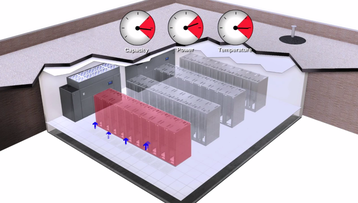 Vertiv claims that this brings efficiency gains of up to 15 percent, and increases the lives of compressors and chilled water valves by up to 20 percent.

“It’s part of wave of technology we are introducing to enhance energy efficiency and provide the highest level of protection for mission critical operations.”

Other companies have also sought to bring machine learning to the data center - among them is Google, which claimed it cut its PUE by 15 percent using its DeepMind AI system, Cisco, which last year launched its data center “time machine,” and Romonet, which patented its machine learning analytics platform last summer.